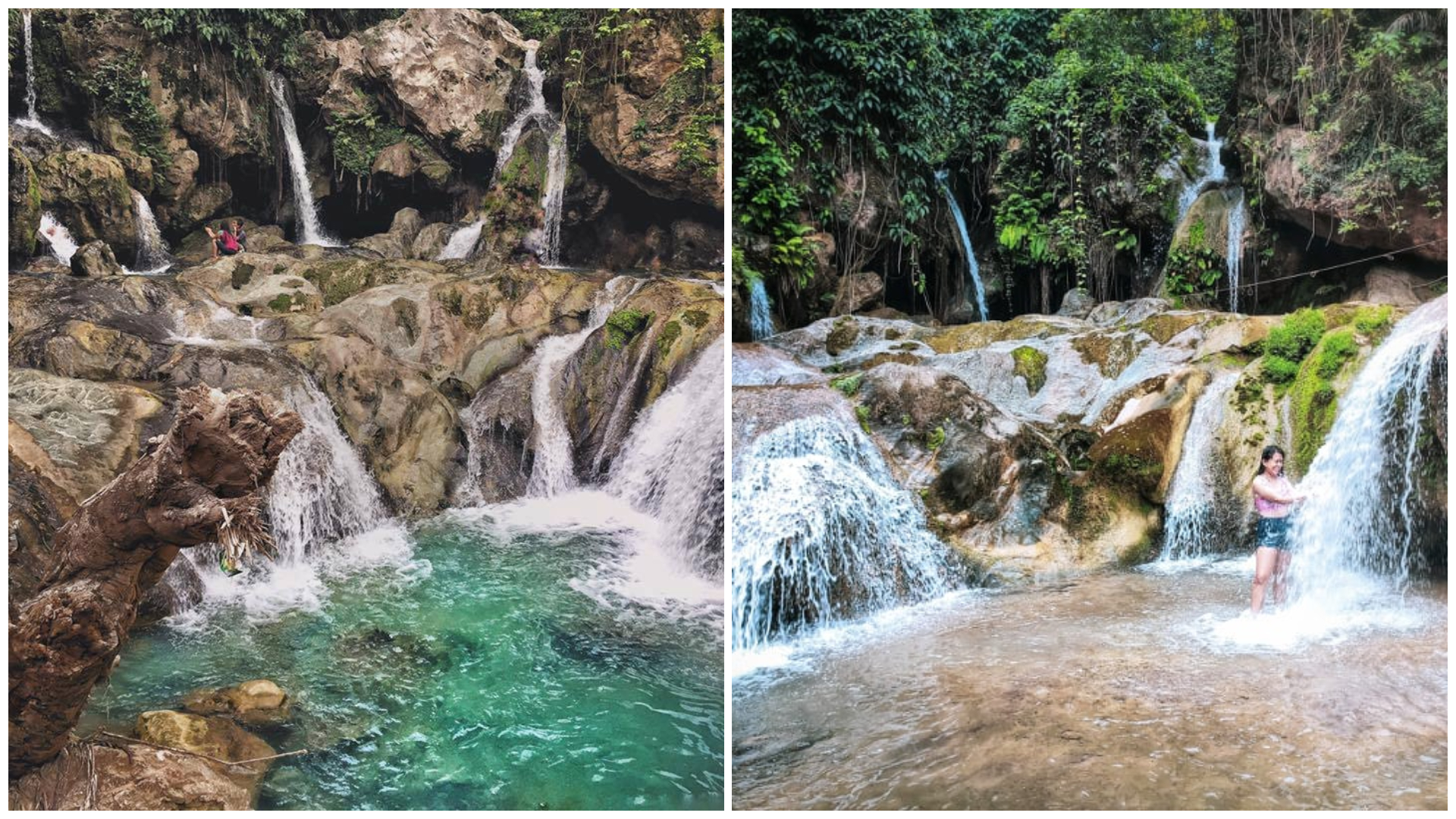 Tinubdan Falls: A hidden gem worth discovering in Catmon

Hidden behind the verdant peaks of Catmon is a mysterious waterfall haven and it is called Tinubdan Falls.

In the past, Tinubdan Falls was only known to the surrounding barangays close to it but even then, it wasn’t visited that much by many people due to the various mysteries surrounding it. There were stories of people disappearing in the area of the falls and sometimes, locals would hear splashing sounds from the river as if there were people playing there even though it was empty.

The word “tinubdan” is a Cebuano word which means “source”. According to the locals, the area around Tinubdan Falls was used and developed by the Americans to become a source of electricity for their camp which was located in Agsuwao, Catmon. A number of waterfalls and other bodies of water are also present near Tinubdan Falls which made it a strategic place to set up camp in the past.

Tinubdan Falls has around six cascades which converge in two catch basins at the end of the waterfalls but the cascades are pretty hard to count as the waters just flows randomly over different angles and rocks. The first basin has an estimated depth of six feet while the second one has a depth of around three feet. The rocks around the falls are mostly smooth and, therefore, slippery, so visitors to the falls are recommended to wear non-slip footwear or just be careful in general. The main water basin is where people usually gather due to its deep natural pool and spacious surroundings.

Surrounding the Tinubdan Falls is a thick jungle of trees and other flora which isolate the waterfalls from civilization and provide a relaxing retreat to its visitors. Both sides of the river that flow from the waterfalls are also covered in lush trees and plants that create a scenic and charming route for hikers who want to visit Tinubdan Falls.

Whether it’s mysteries or a secluded paradise that you’re searching for, Tinubdan Falls is a wonderful place that’s worth discovering.

HOW TO GET THERE:

BY BUS: Find your way to the Cebu North Bus Terminal and rIde a bus that’s bound for Catmon. The travel from the terminal to Catmon takes around 1.5 to 2 hours. Ask the driver to drop you off at the town proper of Catmon. There are habal-habal or motorcycles for hire in the area which could take you to the drop-off point going to TInubdan Falls. There are two ways to reach the falls: (1) river trekking or (2) hiking on the path.