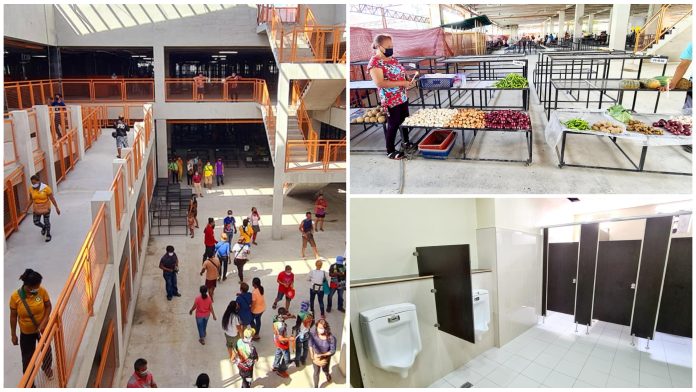 IN PHOTOS: Sneak Peek of the new Carbon Market in Cebu City

On January 28, around 100 displaced vendors have been temporarily relocated to the newly inaugurated Interim Market Stalls at Unit 2 of Carbon Public Market while the redevelopment of the Modernized Carbon Market is still ongoing.

The temporary stalls are part of Phase 1 of the Carbon Market Modernization Project, which is a Public-Private Partnership between the Cebu City Government and Megawide. The photos, shared by Cebu City counciler Jerry Guardo, highlight the cleaner and more organized stalls, wider spaces and walkways, and cleaner comfort rooms.

One of the modernization project’s objectives is to be able to help Carbon market vendors by constructing a new market building that will centralize the trade of goods in a single space. The population of the previous Carbon Market consists of about 1,300 stall owners and at least 5,000 ambulant vendors who all depend on their goods for income.

The new market will serve as Cebu’s Heritage District and will be composed of a restored Compania Maritima, an improved Freedom Park, and a modernized Carbon Market. It also aims to highlight the natural gifts and rich heritage that Cebu City possesses.

The Sto. Niño Chapel at the Senior Citizens Park, which highlights a 30-foot image of Sto. Niño, is also part of the modernization project and was inaugurated on the same day, January 28.