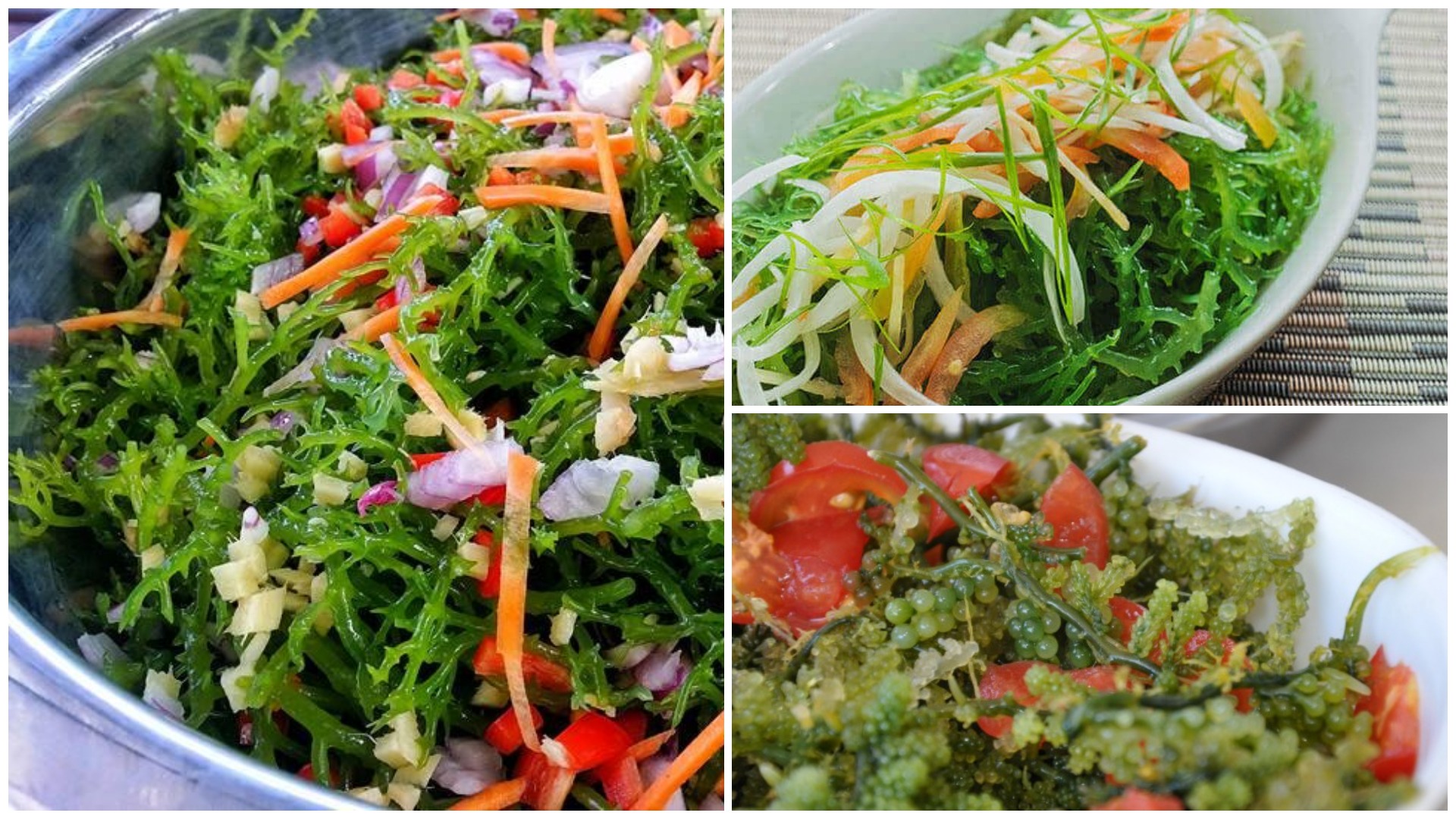 The soft and succulent lato, fondly known as sea grapes and sometimes green caviar, is a common delicacy eaten in many parts of the Philippines. In Cebu, Lato is commonly eaten raw, as a salad, or prepared with vinegar and spices (kinilaw).

Another delicious bounty from the coasts of Cebu is the locally famous guso. Known internationally as Eucheuma, it comes in red, brown or green. In the island of Cebu, guso is a green treat that’s also commonly enjoyed on its own or with other seafood.

For most of us, we know these seaweeds as side dishes and sometimes viands that go great with a steamy hot cup of rice. Usually, lato and guso go raw as garnish alongside soupy fish recipes and grilled seafood. Many other times, they shine on their own in salads and as kinilaw.

Their pleasant textures also undoubtedly add to why they’re both so famous among Cebuanos. The signature popping of lato is many people’s favorite, same with the characteristic crunchiness of guso. Eaten raw, they are watery and mildly salty and people often refer to them as “tasting like the ocean”.

Kinilaw, however, is a different story. The distinct saltiness of the seaweeds, along with its unique constitution, is combined with the slight sweetness of tomatoes, the tang of onions, the kick and earthiness of garlic, and the spice of chilis to create a wonderfully exciting palette of flavors. These are all harmoniously united by the sourness of vinegar, and there you have it – delicious dish with depth and flavor!

Lato and guso are pretty light, so they are usually enjoyed as an appetizer or side dish. While both lato and guso are sumptuous seaweeds that are enjoyably palatable, another great thing about them is that they come packed with nutrients!

The two are high in dietary fibers, potassium, calcium, iodine, magnesium, and vitamins B and K. It’s also less dense with calories, making it a diet-friendly food. Furthermore, it has shown to have potential as an anti-diabetic agent.

Lato and Guso are not internationally available, since they wither in cold temperatures, and thrive in warm regions near the equator. Interestingly, cultivation of lato actually started in Cebu in the 1950s, only to be followed by Japan in 1986.

Both of these seaweeds are also sensitive to pollution. Community sensitivity and government regulation are required because Ammonia and nitrate pollution from the waste of urban neighborhoods and pesticides used in fishponds is the biggest reason for the dwindling supply of lato.

Eucheuma are naturally found in regions close to the equator and are most concentrated in Southeast Asia. They are typically found below the low tide mark to the upper subtidal zone of a reef, growing on sand to rocky seafloor areas along a coral reef, where water movement is slow to moderate.