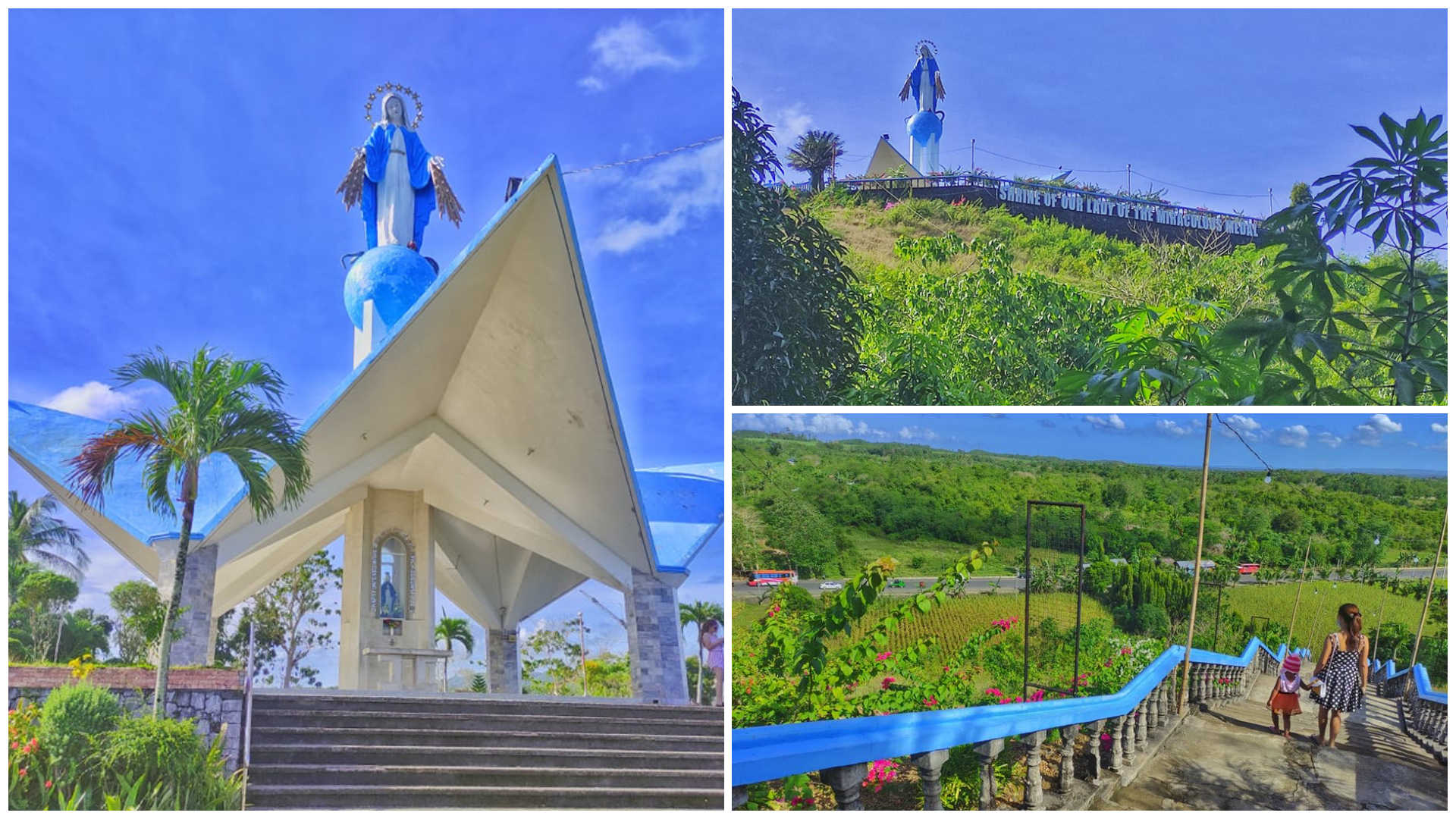 Our Lady of Miraculous Medal Shrine: A Scenic Place of Worship in Bogo City

It is evident in Philippine history that this country has been strongly influenced by the Catholic practices of the Spaniards and many historical landmarks and buildings throughout the country show proof of that. Cebu is no exception and it is even home to the Basilica Minore del Santo Niño, the center of the Sinulog-Santo Niño Festival, or more famously known as the Sinulog Festival.

In the far reaches of Cebu, specifically in Bogo City, lies Our Lady of Miraculous Medal Shrine. The Miraculous Medal is a medal that, when blessed, is believed to have the special protection of the Mother of God. It was first called the “Medal of the Immaculate Concepcion” but is now simply known as “The Miraculous Medal” due to the numerous cures and protection given by the Blessed Virgin Mary to those who wear it.

Our Lady of Miraculous Medal Shrine in Bogo City was built and erected through the desire of the Parishioners of Bogo, Cebu to spread devotion and share their faith to the residents of Bogo. There were obstacles in the establishing of the holy ground but through faith and time, Our Lady of Miraculous Medal Shrine was finished. The building of the shrine three phases with each phase involving the three major parts of the shrine – the shrine itself, the construction of the Chapellate for the Blessed Mary, and the landscaping of Mary’s Hill.

The Shrine is located by the side of the road in Brgy. Lapaz, Bogo City. The shrine is located at the top of a hill and has an overlooking view of Bogo City. From the road below, it takes more than a hundred steps to be able to reach the top and visit the shrine. Refreshing winds and a panoramic view of the verdant sceneries of Bogo City can be witnessed at the top with a vast park of green grass surrounding the shrine in the middle.

BY PRIVATE VEHICLE: Navigate with Waze or Google Maps and set your destination to “Our Lady of Miraculous Medal Shrine” in Bogo City. Parking space is available upon arrival.