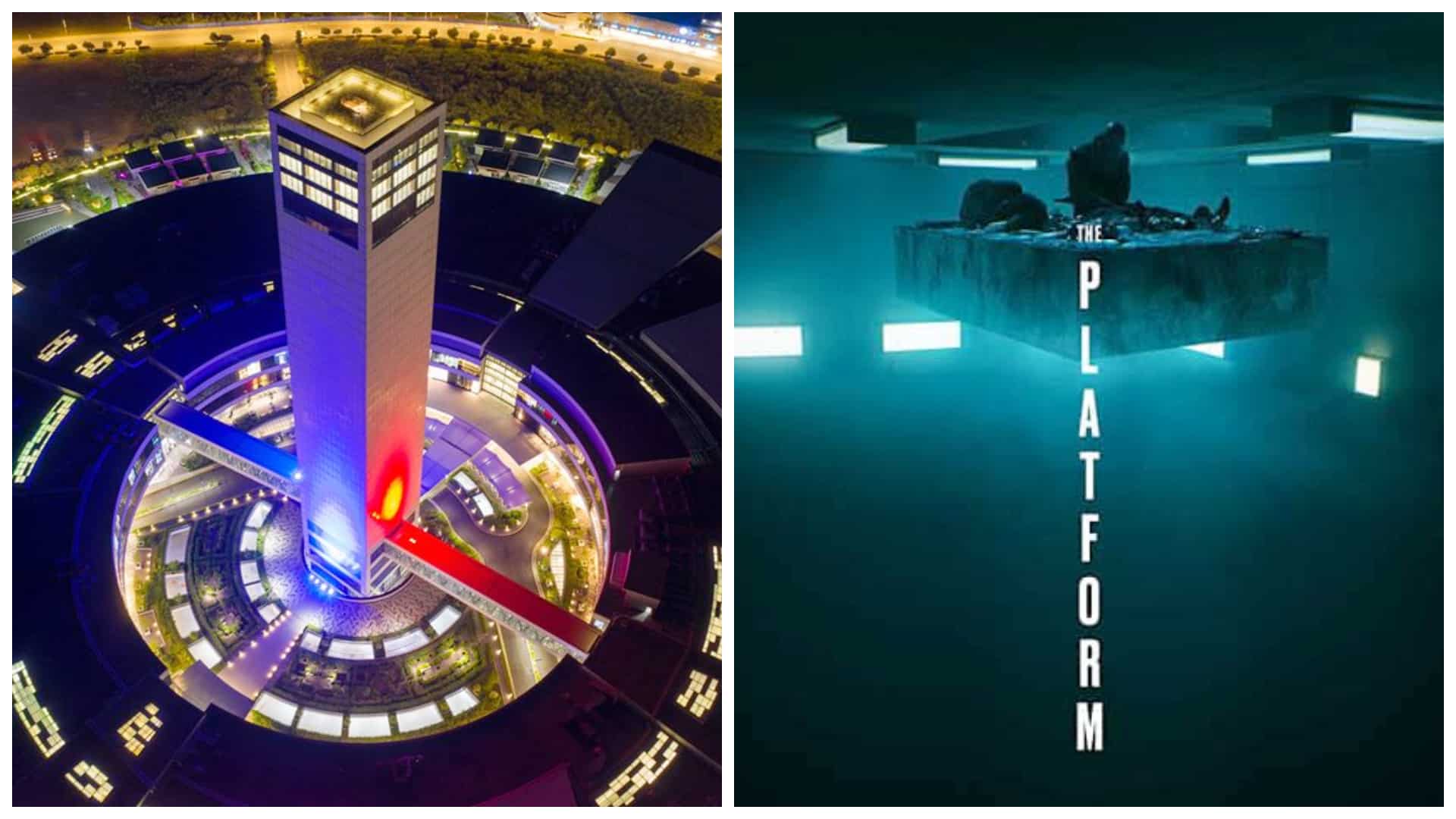 Recently, a movie has made a buzz in social media due to its disturbing yet interesting premise. The Platform, a Spanish science fiction horror-thriller film, focuses on a “vertical self-management center” tower as an unorthodox prison.

Residents are periodically and randomly switched between floors and fed by a platform initially filled with food that gradually descends through the levels, forcing an internal conflict as the upper resident get to binge while those at the bottom are hungered to death.

The movie trended and for a while became one of the top streamed movies in Netflix Philippines. Due to its popularity, certain memes and other theories about the movie circulated in Facebook.

One in particular is how the mysterious SM Seaisde Tower could be like the prison tower similar in the movie. Many netizens started to wonder after such theory. So, what’s really inside the SM Seaside Tower?

Standing at 150 meters tall, the Seaside Tower is one of the mall’s highlights.

Still not yet confirmed, SM Seaside initially plans to put up restaurants, coffee shops and other stores in the tower. There’s also a viewing deck at the top of the 50-storey tower, providing onlookers a 360-degree view of the entire city and allowing them to bask in the beauty of the Queen City of the South, on a whole new level.

Recently, the tower was also lit with the colors of the Philippine flag as the establishment’s sign of solidarity with our nation’s fight against the deadly COVID-19. Last January, it was also lit with purple and yellow, offering sympathies for the untimely and tragic death of NBA superstar Kobe Bryant.

Although it sure is a whole lot different than the gruesome one depicted in the movie, the crowning beauty of the Seaside Tower is yet to be experienced because as for now, the tower is not yet fully finished.

The Seaside Tower has not yet been opened, never been open to the public. There’s also no announcement yet on their plans of opening it.

Until then, at least it is now safe to say that the Seaside Tower is not filled with horrors similar with the one in the movie.

ALSO READ: What to expect at SM Seaside City Cebu, the biggest mall in Cebu