Michael Learns to Rock, LIVE in Cebu on December 7

The concert scene in Cebu is getting more interesting. After the announcement of A1’s Cebu concert this October 25, another well-loved ’90s pop band Michael Learns To Rock is set to return to the Philippines for a four-city tour in December — including Cebu this December 7, 2018 at the Waterfront Cebu City Hotel and Casino.

Michael Learns to Rock — composed of Mikkel Lentz, Jascha Richter and Kåre Wanscher — is known for their hits like “Paint My Love”, “25 Minutes”, “That’s Why You Go Away”, and “Out of the Blue”, among others.

The group last performed in Manila in August 2017. This year’s concert is produced by Ovation Productions. 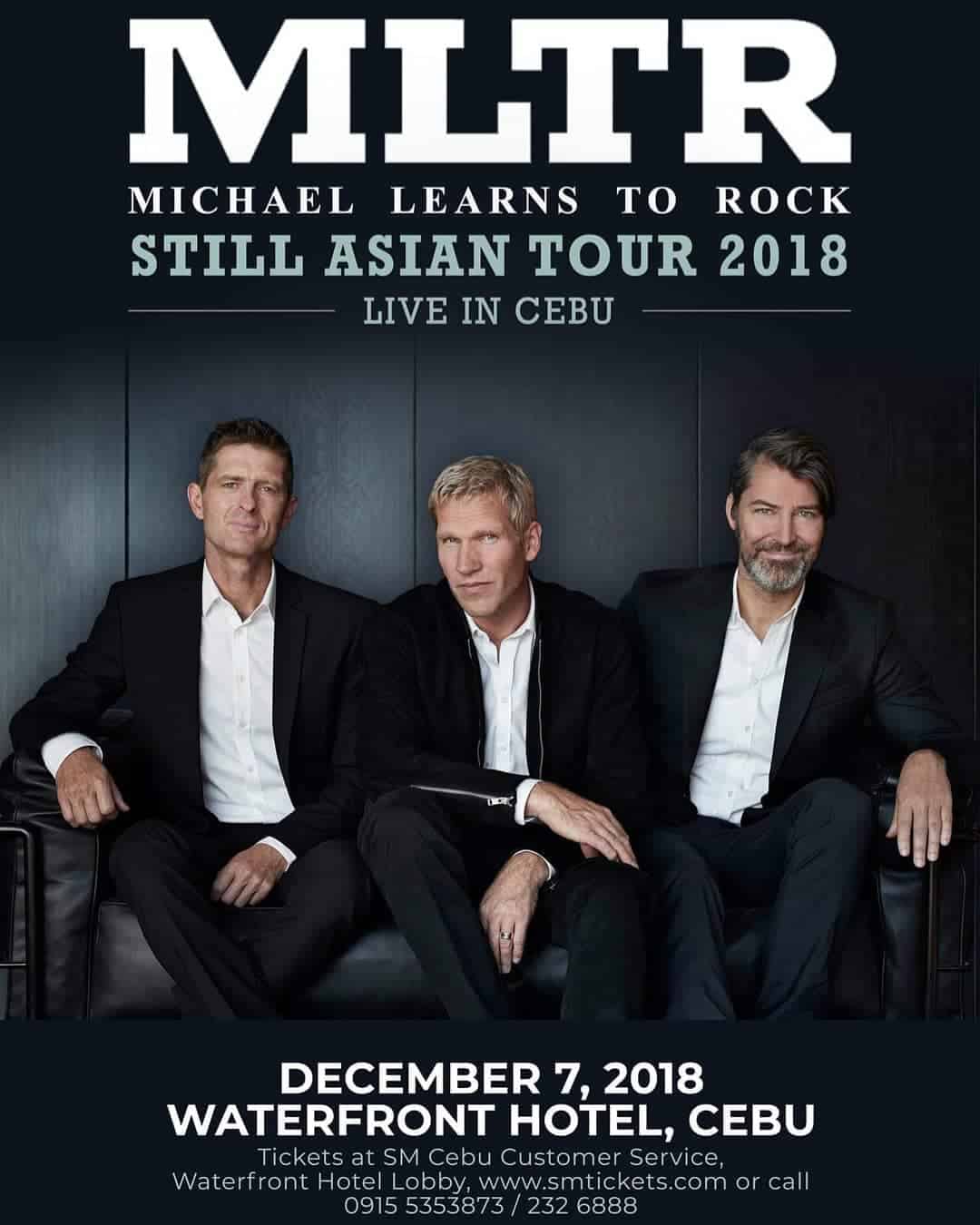