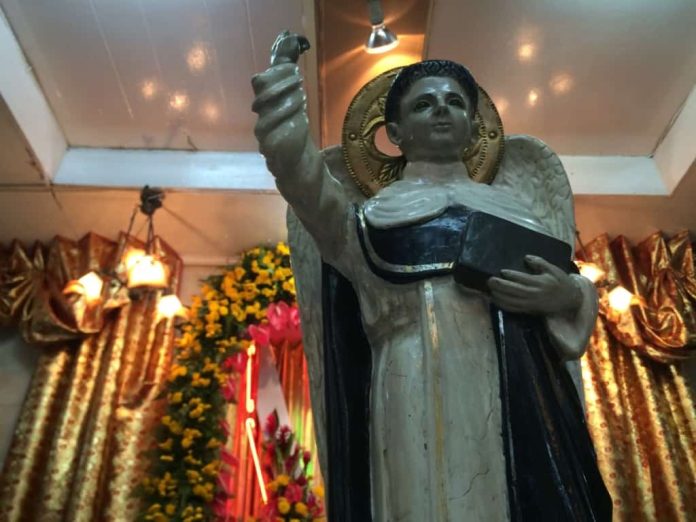 A Day in a Fiesta: An Outsider’s Point-Of-View

Fiestas are one the most important events that are part of Philippine culture. Just recently, I got the chance to witness one of the grandest “small” fiestas in Cebu – the Feast of San Vicente Ferrer in Duljo Fatima, Cebu City last September 28. I got into the heart of the place (vicinity of the barangay hall) at about 11AM, ate lunch at a relative’s handa and at about 12NN, I went out and started to venture and be part of the messy action. Since it was a Sunday, my Filipino trait of being super religious dictated my confused wandering body to go firstly into the venue’s chapel. There I saw their patron saint. 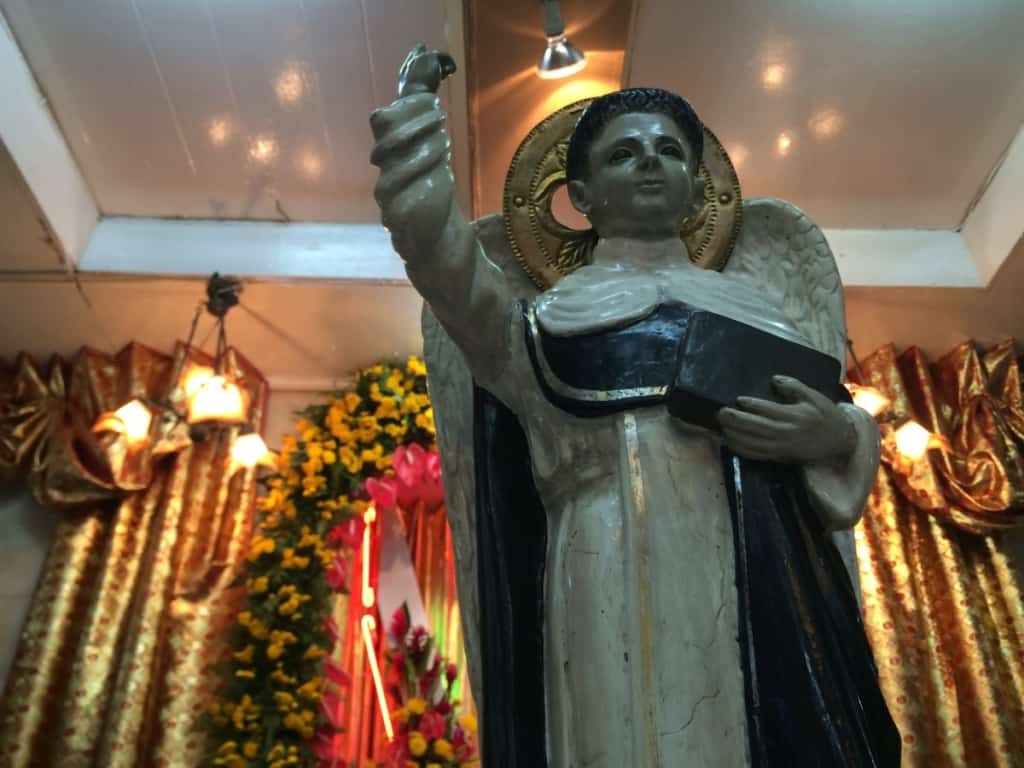 San Vicente Ferrer has been Duljo Fatima’s patron saint ever since my aunts and uncles (who are quite aged) could remember. To give you an idea, my oldest uncle is 60+.

After giving a few words in praying, I proceeded to go out and penetrate the chaotic sea of people, to give you an idea of what it looked like in front of the chapel:

A closer look at the toys being sold. The cheapest kind sold at 10 pesos. Makes us feel like children again, right?

Seeing the state of the people going back and forth and noticing major preparations made making it a lot more crowded, I then decided to take a break. Upon returning to base point, there I saw a street magician joining in the fun and flaunting a few tricks. As I looked, even I started to believe in “magic”. I mean, a bending spoon? Seriously? What explains that?!

And one of things I looked forward to this feast. Any guesses? Hint: involves sparks

After quenching my thirst of giving myself an unneeded rest (and yes after hearing the announcement of the start of the procession), I hurriedly went out and once again joined the fun. The sights were amazing!

San Vicente Ferrer was now on top of a small float locally known as a karo. Such a sight! The procession didn’t start instantly since the drum and bugle corps (DBC) came in a bit off schedule. This caused traffic. Mind you, they have a different kind of traffic there. Instead of mainstream cars or motorcycles, people there used the literal “horsepower”. The maneuvering guy got in a bit of a jam, forcing my friend here to come near me. One word: creepy. Oh and yup this ride is what’s locally called a parada.

After a few minutes, the DBC came signaling the start of the foot procession.

The start of the final event. Yup I stayed at the back part, I didn’t want to get squeezed in between the floats. Some brought candles, some held rosaries, while others just walked because everyone else was walking. Yeah, Pinoys. Hehe.

Then I stumbled upon this old game, a sort of gambling one might say. Locals call it bulichi. It’s a game where you get to bet on any card (can be more than one) from choices of 48.

The owner then picks one rolled card from her water jug. The card that comes out wins. If you bet 1 peso you get 40 pesos, 2 pesos and you get 80 pesos, bet 20… you do the math. This game has always been in this fiesta ever since my dad’s mom was still around.

I didn’t get to finish the procession because I got stuck to looking at the game. I then thought it was a good idea to wait at the event’s end point to take photos, so I did and as the procession got there I took quite some shots.

The main celebrant then came. He was escorted by his own “bodyguards”. This brought in the last of the people completely filling up the barangay’s gymnasium.

Turns out, the display was more than just a bunch of fireworks strapped to a bamboo pattern. It had to be timed properly and it had a creative mechanism in which the posters of saints would be revealed. If only these people got the chance to acquire formal education…

After the display, I called it a day. I have just, once again, experienced the best fiesta celebration yet. The fiesta night continued until dawn with a huge disco party. Every year that place celebrates their “grand” fiesta, and I never miss a year going there. No, I really don’t go there for the food nor for the “bulichi”, but it’s because of once again feeling the spirit of Filipino culture. ‘nuff said 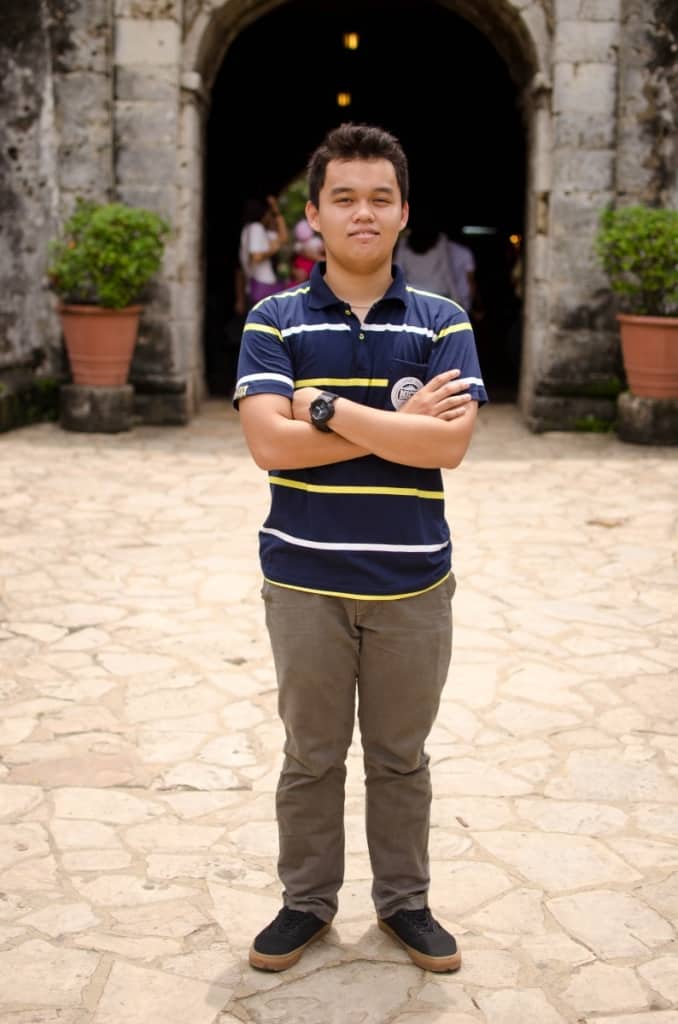 For advertising inquiries, kindly directly email Sugbo.ph at [email protected].
Previous article
FASHION 101: Stand Out and Be Proud
Next article
Globe Business, the solution to all your business needs. Or is it?