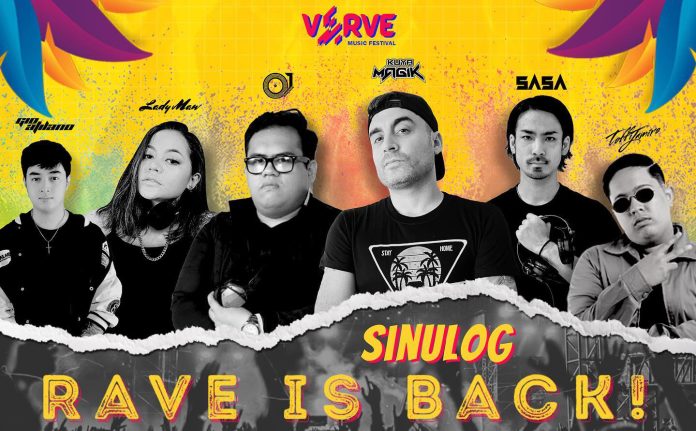 Rave is back! Verve Music Festival brings the Sinulog party on January 13

If there’s another best thing about Sinulog, it is definitely the exciting parties. And speaking of parties, one of the biggest Sinulog parties makes a big comeback. Rave returns with an international and local artists lineup at the Verve Music Festival.

Verve is known as one of the safest musical festivals in the Philippines. Why is that? It is because the festival tickets include a one-year accidental Insurance policy from InLife.

Here is what we know so far about one of the grandest music festivals during Sinulog.

Verve released its official lineup for the festival, including international and local acts. There will be performances by Via Chan, Will Sparks, Brooklyn, Victor Jao, Kuya Magik, and more. Of course, it’s not a Sinulog performance without proud Bisaya acts like Wonggoys, Oh! Caraga among others.

There are also performances from OPM artists such as Ace Banzuelo and JRoa. Talk about a powerful lineup.

Here are the following event details to keep you updated.

Where: Southwestern PHINMA in Cebu City

Be sure to check and follow the Verve Music Festival’s official Facebook Page for more details and updates.

The Stage is Set

Verve released their official event ground plan on their Facebook Page. The Festival ground is complete with a huge stage and different tents and booths for the Bazaar.

Where to Buy the tickets?

Sinulog is back with a bang! Party like a true Cebuano and get your rave on during Verve Music Festival 2023.

For advertising inquiries, kindly directly email Sugbo.ph at [email protected].
Previous article
Harvester’s: Providing Top Quality Rice, One Filipino Meal at a Time
Next article
2023 Guide: Where to Eat in Cebu during Sinulog