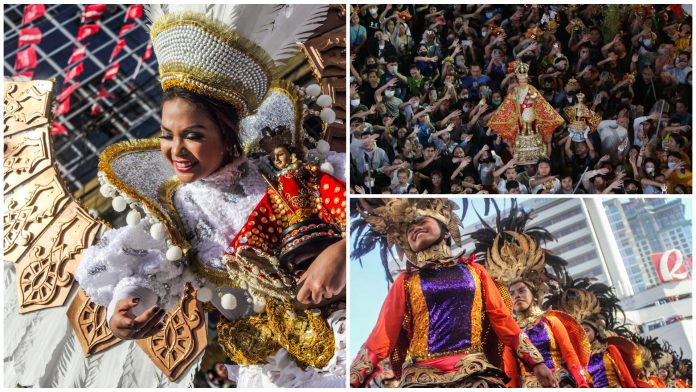 2023 Sinulog Grand Parade: Where, When, Activities to Do

One of the most well-known events in the Philippines is the Sinulog Festival, which draws millions of tourists every year. It is composed of many activities, and one of its highlights is the Grand Parade, a full-day procession that attracts dancers from all across the nation who dress in vibrant costumes and plan dances for it.

The Grand Parade usually falls on the third Sunday of January, where different dancers showcase their colorful costumes and dance moves in the streets of Cebu. This year, the Grand Parade will happen at 9:00 AM on January 15, 2023, at the South Road Properties; this will be the first time that the parade will be held on these grounds.

Here is the list of the things that you can also do during the day of the parade:

• Attend the Mañanita and Pontifical mass

The Mañanita Mass and the Pontificial Mass will be the first two services of the festival proper, which will begin on January 15.

From four in the morning, these masses will be celebrated at the Minor Basilica of Santo Niño de Cebu. Another mass will be given at the South Road Properties at 8 am to mark the beginning of festivities after the two masses at the basilica.

What takes place during the big procession of this Sinulog Festival? Of course, street dancing!

It mainly comprises a long procession of multiple groups of gathered street dancers, all of whom are decked up in vibrant costumes and backed by platforms that have been exquisitely decorated.

In addition to performing their dance moves or the “Sinulog dance” as they move across the entire town, the dancers frequently depict how Santo Niño has benefited their local towns in their performances.

• Witness the grand performance of the dancers

The grand parade usually ends at about 4 PM, and the street dancers perform their last show at the SRP Grounds in City de Mare. Here, the Sinulog festival’s competition portion with its many prize categories, including the Street Dancing Category, Free Interpretation, and others, will take place.

In practically every section of Cebu, there will be street parties and live concerts before and after the Sinulog Grand Parade (especially in the evenings). You can catch one of these street parties at 8:00 PM at the Plaza Independencia.

Thus, you are advised to wear loose clothing, get some face paint, and get ready to down some beer. Most of the people just linger around on the streets while some would go to locations like Mango Square, Baseline, or Fuente Osmeña to have some fun till the wee hours of the next day.

The Sinulog Grand Parade in Cebu City is usually concluded with a stunning pyro extravaganza!

A vibrant fireworks display will be held at 9 PM, but the venue is yet to be announced. The better it will be if you can arrange to stay at a Cebuano or Cebuana friend’s condo with a fantastic view of this region! As an alternative, you can enjoy this amazing spectacle from the ground with terrific viewing.

The Grand Parade, in particular, will be the highlight of the Sinulog 2023 celebrations as it makes a complete return to in-person events. It will undoubtedly be one of the best Sinulog ever, so make sure to have fun!