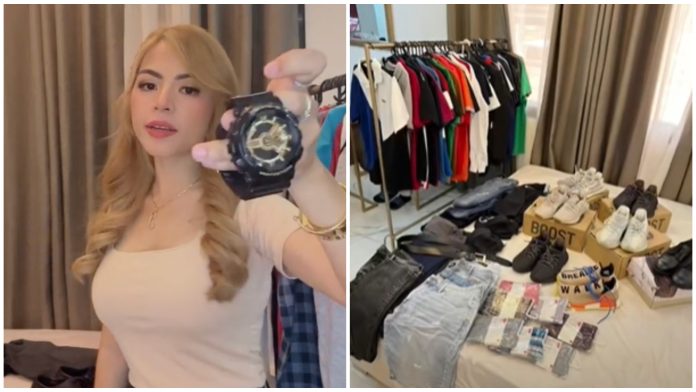 Jamille Margarita Galvez had gone viral as she made an act of witty and savage revenge on her husband whom she said cheated on her.

She had a live selling of all her husband’s things on Facebook and everyone seemed to have enjoyed it as the video posted on March 31 had 9,000 reactions, 3,500 shares, 28,000 views, and still counting.

She sold his branded clothes, shoes and caps, everything that he left in their house. The bidding was intense as these branded things went up to thousands in price.

The live selling was entertaining indeed as she convinced the netizens of buying the items with remarks like:

She also posted the words “BAWAS BASURA SA BAHAY!” and said that this is what happens when the wife who have been cheated on is business minded.

Galvez is now a single mom to 3 kids and lives in San Ildefonso, Bulacan.

She also shared her blessings by giving P100 through Gcash to lucky netizens.

This is one lesson for a cheating husband indeed.