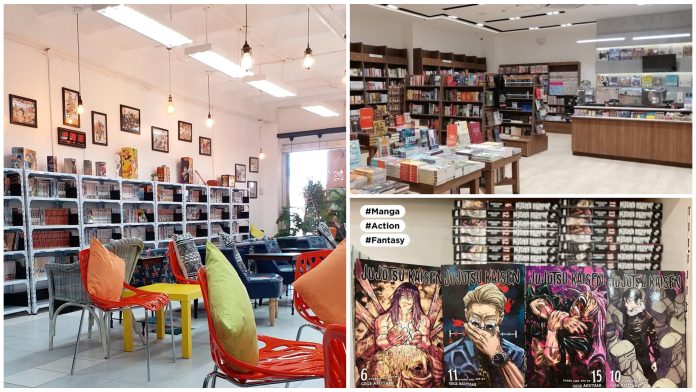 LIST: Shops in Cebu Where You Can Buy Manga

With most Filipinos’ interest in anime, it is no surprise that these same fans are also into manga. For those who don’t know, a manga is a term used in Japan for comic or graphic novels and most animes are based from mangas. If you are an occasional manga lover or into collecting these full-time, here are some stores where you can buy mangas while in Cebu City.

Probably the most popular store among this list when it comes to anything anime-related, Comic Alley is famous for selling anime memorabilia including mangas. They are often flocked by otakus, a term used to describe that has a keen interest when it comes to animes or mangas. Comic Alley has been around for almost a decade now and has managed to gain a fanbase that seems to grow through time.

Recently opened around last year, this reading lounge is located in Gaisano Country Mall and is popular among diehard manga fans. MangaHolic is great for manga fans because they have its own reading lounge. The store is also abundant with various copies of mangas, which is definitely worth checking out.

Kuma-Dori is actually a toy store that sells action figures, mostly from animes. But from time to time, Kuma-Dori also sells mangas due to insistent public demand. The place is also popular for anime enthusiasts as the store is open for any visitors that want to browse their action figures or just simply lounge around and meet fellow anime fans.

OMF Lit traditionally sells religious books but they also have expanded to various genres which including mangas. Their convenient location in Robinsons Cybergate is a popular spot among manga fans and they also regularly post on social media such as Facebook about the current editions and copies of mangas that they are selling.

Fully Booked is a very popular bookstore, particularly to the younger audiences so it is no surprise that the renowned book store also sells mangas. With both branches located in Ayala Center and Ayala Central Bloc, Fully Booked is more than ready to cater to the needs of its loyal manga patrons. They also offer online reservations to any titles, be it manga or a novel.

Probably the most popular bookstore nationwide, the National Bookstore offering various selections of manga is no surprise. Their wide collection of books includes manga, which is obviously a profitable market among younger generations. National Bookstore’s convenient and many locations in Cebu City are also definitely a plus.