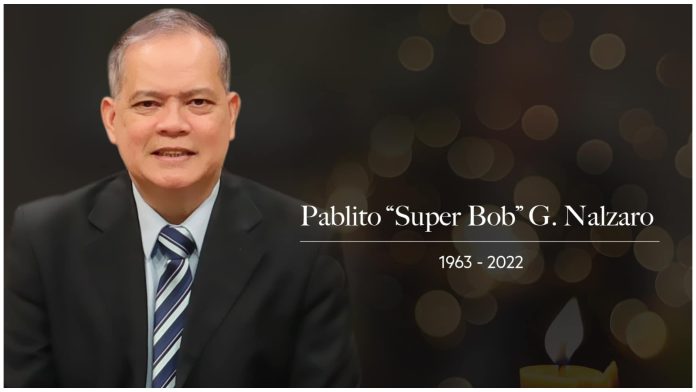 He was one of the gems of broadcasting as a journalist, radio commentator, columnist, and news anchor all at the same time. He was working on all these before his passing caused by multiple organ failures:

Bobby Nalzaro was born as Pablito Galeza Nalzaro in Dipolog City, Zamboanga del Norte, on August 11, 1963 and started in radio at the age of 16.

Bobby Nalzaro was one tough broadcaster as he didn’t hold his punches in his commentaries. A trait that earned him enemies left and right. Unafraid and bold he embodied a true broadcasting media personality which gained him followers and admirers too.

“by providing the public with accurate information for seeking the truth; for giving justice to the oppressed and victims of abuses; for helping the needy and exposing graft and corruption, illegal activities and anomalies in government and the private sector.”

His media career spanned over 40 years, Nalzaro was an inspiration and a constant in the media world which ensures that he will be missed indeed.