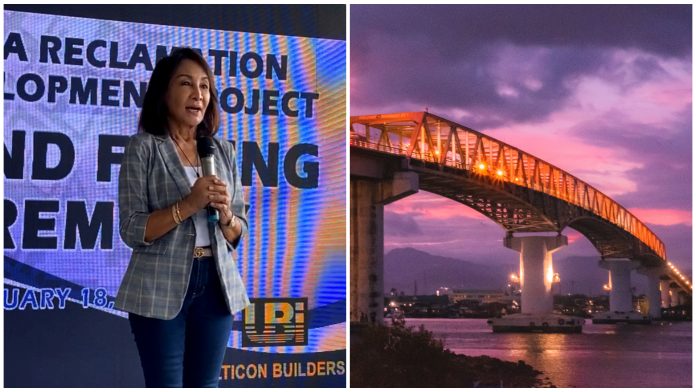 Cordova is rising economically and literally as another advantageous project will rise.

A P12-billion reclamation project in Cordova Cebu will soon make it possible for this progressing town to become an economic powerhouse. It is said that it will bring forth an economic boom not only for Cordova but for the entire province of Cebu.

The groundbreaking and time capsule-laying ceremony of the 254-hectare mixed-use commercial and recreational hub was also led by Governor Garcia along with other government officials and development contractors.

“With this symbolic ground-filling and capsule-laying ceremony, we have manifested visibly to the world that soon, heretofore, visible and invisible reality will start to unfold and become finally the realization of a dream that has been held by so many, for so long.”

The town of Cordova also has the Cebu-Cordova Link Expressway project underway, an 8.9-kilometer toll bridge that would pave the way to so much economic activity coming for Cordova.

With this, the Cordova Mayor Mary Therese Sitoy-Cho stated that the reclamation project or hub will be able to complement the upcoming operation of the bridge which is anytime this year.

Cordova has Mayor Cho’s late father, Presidential Legislative Liaison Office Secretary Adelino Sitoy, to thank as he was the one who expedite the deal for the reclamation project. After that it was endorsed by the provincial government’s Economic Enterprise Council and the Provincial Board and later approve by Gov. Garcia.

Premium Megastructures Incorporated and Ulticon Builders will undertake the construction with the project envisioned to be completed in two sites.

The construction of the project will have two components. First is the ground filling of the 254-hectare coastal area in the four barangays of Catarman, Buagsong, Alegria, and Poblacion and second will be the horizontal development for the envisioned mixed-use facilities.

Cordova is slowly fulfilling their aim to widen their backyard as what their mayor said.

For advertising inquiries, kindly directly email Sugbo.ph at [email protected].
Previous article
Watch “BTS Permission to Dance On Stage” Seoul concert Live in Theaters
Next article
Watch and Camp with the sea of clouds in Mt. Campetra of Alcoy