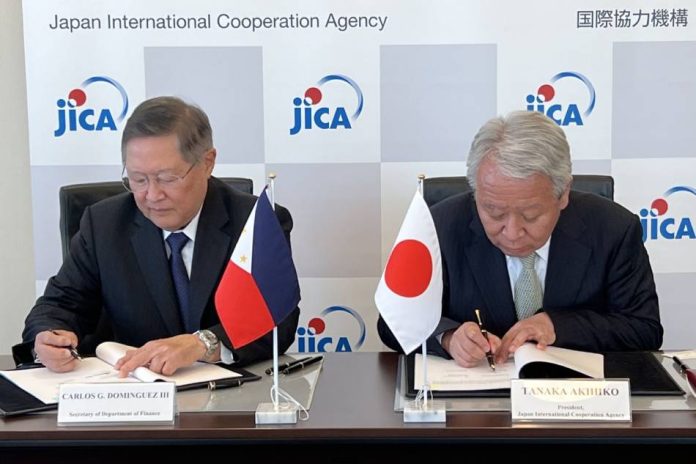 The Department of Finance (DoF) said on Tuesday that the national government has acquired a 30-billion-yen (about P12.3-billion) loan from Japan to help the Philippines recover rapidly from the Covid-19 outbreak and fully return to a path of high and inclusive growth.

Finance Secretary Carlos Dominguez III and Akihiko Tanaka, the new president of the Japan International Cooperation Agency (JICA), signed the agreement for the second phase of the Covid-19 Crisis Response Emergency Support Loan Phase-2 on behalf of the Philippine and Japanese governments, according to a statement (CCRESL2).

The Philippines’ achievements and plans in vaccinating its target population against Covid-19, as well as expanding the health care system’s capability to meet the challenges of future public health emergencies, were recognized in the second phase of the CCRESL, according to the Department of Foreign Affairs.

It stated the CCRESL2 package, valued around P12.3 billion or $234.36 million, has a fixed interest rate of 0.01 percent (one-hundredth of a percent) each year, a 15-year maturity period, and a four-year grace period, just like the original 50-billion-yen CRESL.

According to the Finance Department, Dominguez thanked the Japanese people and government for their sustained strong support for the Philippines’ development initiatives and pandemic response efforts.

He emphasized that Japan is the Philippines’ largest donor of official development assistance, with JICA — the country’s foreign assistance arm — being an extremely dependable partner in aiding the Philippine government in implementing its fundamental goals, according to the report.