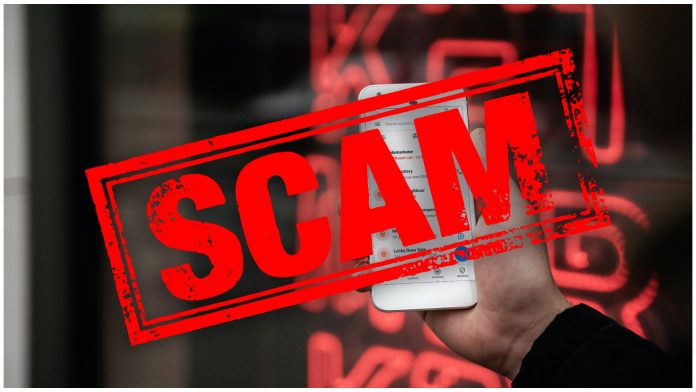 Beware of this new modus online

Scammers have existed since time memorial and have managed to utilize different channels including the internet. With the rise of e-commerce, scammers have taken a keen interest in using these sites to victim unsuspecting people. The prospect of winning a random prize is one of the most attractive for unwary users.

A new modus has been spotted recently where e-commerce sites are the ground zero, with alleged representatives of these sites making suspicious claims. The modus operandi goes like this:

With e-commerce sites such as Shopee and Lazada becoming extremely popular, thanks to the pandemic, it is not unusual for anyone to receive packages from such sites, usually purchased ones.

Unfortunately, with this popularity and reliance of Filipinos to such sites, evil-minded individuals have taken advantage of this by posing as legitimate individuals from small-time or fly-by-night e-commerce operators.

How it starts is quite common: previous records of a customer, eventually potential victim, are studied and then sent with low-value items. Usually, these items are worthless, items that have been long stuck in the warehouse and other wasted inventory. The merchant will then attempt to make the COD delivery.

If the recipient is around to receive the item, they may or may not pay the suspected item. If the addressed recipient is not around but somebody from the same household accepts and pays the ‘fee’, then the scam is a success. Worst, if no one accepts, then the cost of the scam will be the RTS fee or return to sender fee.

With this type of modus and as much as how we like the convenience brought by online shopping, may we also be very vigilant with such scams. Who knows, you might be the next victim if you’re not very careful with your next transaction.