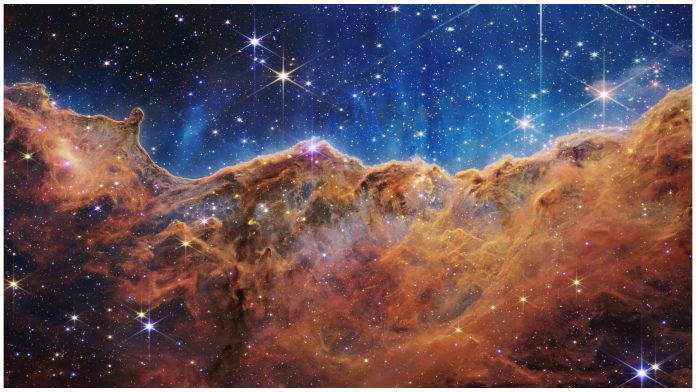 Last July 12, 2022, the Internet was shaken to the core (but in a good way) when NASA finally shared the first deepest and sharpest images of the Universe in an infrared view.

Through the James Webb Space Telescope, which is known as the world’s largest and most powerful space science telescope. scientists back in NASA were able to capture thousands of galaxies including the faintest objects ever observed in the infrared, reportedly of early cosmos formed after Big Bang.

With US President Joe Biden recognizing this global milestone, the POTUS tweeted that the first images released a historic moment for science and technology, indicating that the achievement was for America and all humanity.

“The first image from the Webb Space Telescope represents a historic moment for science and technology. For astronomy and space exploration. And for America and all humanity.”

According to the reports, the picture depicts SMACS 0723, a 4.6-billion-year-old galaxy cluster that acts as a gravitational lens, magnifying the considerably more distant and extremely faint objects behind it. This means that the images captured by the powerful telescope were images that took place billions of light years ago, going back to the early era when the Big Bang first happened.

“Thousands of galaxies – including the faintest objects ever observed in the infrared – have appeared in Webb’s view for the first time. This slice of the vast universe covers a patch of sky approximately the size of a grain of sand held at arm’s length by someone on the ground”,

THE OFFICIAL STATEMENT BY NASA READ.

Despite how wonderful and vast the images seem, NASA’s administrator Bill Nelson remarked that the image captured was just a sliver of the so vast universe.

“This mission was made possible by human ingenuity – the incredible NASA Webb team and our international partners at the European Space Agency and the Canadian Space Agency. Webb is just the start of what we can accomplish in the future when we work together for the benefit of humanity”,

For those who don’t know, the James Webb Space Telescope was first built with the main goal of conducting infrared astronomy. First launched last December 25, 2021, the telescope managed to capture the images released by NASA to the internet 6 months after its mission. The telescope has an estimated life span of 20 years but with only 10 years’ worth of planned missions.

Costing around 10 billion US dollars to build and deploy, the telescope was first conceptualized in the late 90s as an improvement from the Hubble Space Telescope which was deployed in the early 90s. Aptly named after one of the leading figures during the Apollo mission during the Space Race, particularly the ‘first man on the moon’ mission, James Webb, NASA decided to name the groundbreaking telescope after him as an honor.

Webb also famously the served as the second administrator of NASA from 1961 to 1968, where under him much of the Space Race achievements by the United States were achieved.

Previous article
LIST: Shops in Cebu Where You Can Buy Manga
Next article
‘The Office’ Fans! LEGO releases The Office-Themed Set