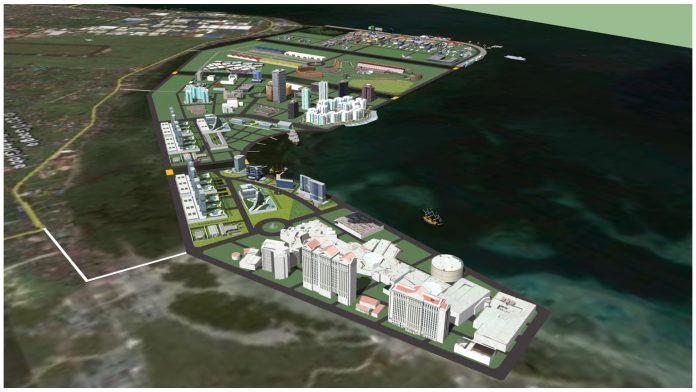 Lapu-Lapu City is in again for new development, as the 400-hectare Mactan North Reclamation and Development Project (MNRDP) is said to push through finally. This is after Mayor Junard “Ahong” Chan announced this development on his Facebook page.

WHAT’S IN IT FOR THE CEBUANOS?

The development project is expected to house several modern and state-of-the-art businesses that will act as a center for foreign investments in the city. This was revealed by Dr. Noli Arnulfo Igano, President and Chief Executive Officer of SVEDC

MNRDP, which was also reported to have been agreed by the Lapu-Lapu City Government and SVEDC Group to be rebranded as Mactan Cebu Ocean City (MCOC), is expected to help solve the city’s current issues. Among these issues include traffic congestion, lack of commercial lands, and others.

Although the people behind the development are positive about its success, there is still much to work on and wait for.

According to Chan, the project will be implemented anytime soon, but they are waiting for the decision of the Court of Appeals (CA). He added that the pending case before the CA was one of the reasons why the project took long to start.

The project was approved on April 27, 2003. Five years later, the PRA and the city government entered into a memorandum of agreement for MNRDP.

The Mactan North Reclamation and Development Project is estimated to cost around P25-30 billion.