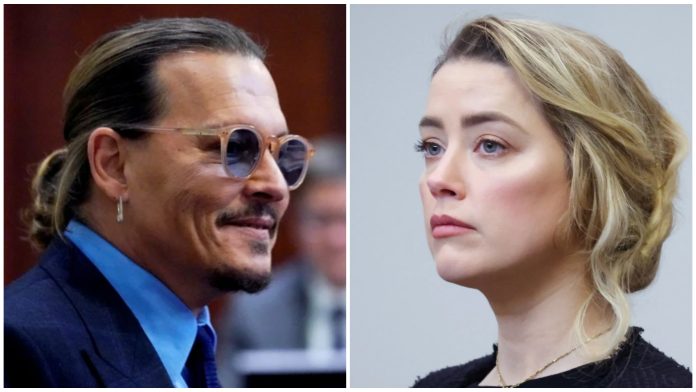 Everyone is talking about it and almost everyone is invested in it and in the rare case that you haven’t been aware of the ongoing defamation trial case of Johnny Depp and Amber Heard then you might want to read our list for it is by far the most interesting high-profile case today.

It is like watching a movie or a tv series but happening in real life. It got drama, lies, emotions, attitudes, mistakes, shocking and eye-opening evidence and events and also a free learning on Law and trials.

1. The dog or human poo in the bed

This really is at the top of our list as it is the most unbelievably funny thing that has been brought up in court. There was poo in Johnny Depp’s side of the bed after an argument with his ex-wife and it was said to be human feces placed out of spite but Amber swears it’s of their dog. This information got so out of hand in twitter that it has its own hashtag trending #Amberturd.

The first to had his testimony was Johnny Depp and the world was shocked as he testified to be the Domestic Abuse/ Intimate Partner Violence victim and states that Amber is the abuser in the relationship. He then proceeded to share his experience including the time where he got his finger cut-off. He testified that Amber Heard threw a bottle that severed his finger. He also had a burn mark on his face that he also said to be his ex-wife’s doing, putting out a lit cigarette on his face.

3. Testimony being debunked by make-up company

Miss Amber Heard’s lawyer initially talked about the alleged make-up kit that her client uses to cover up the bruises that she allegedly had. She brough the kit and said that this is the what Amber always brings in her bag during the entire relationship. The company though debunked the lawyer’s statement with a Tiktok video showing that the kit was released in 2017, months after the relationship ended which was in 2016.

4. Lawyer objecting to his own question

It really has everything, these live broadcasts. It even has blunders for comedic effect with Amber Heard’s lawyer objecting to his own question. Johnny Depp’s witness was being questioned in the stand by said lawyer and normally, it is the opposing lawyers who will say “objection hearsay” but he did it after asking the question himself in which the judge actually said “But you asked the question”. To be fair though, lawyers says that it is a possible mistake during trials as it tends to be very long and high tension.

5. Big Knife as a gift to Johnny from Amber to Johnny

The beautiful big knife was a gift from Amber to Johnny and it was presented to the court and jury in actuality. It was to better assess its size and the danger it can possess. The point of Johnny Depp’s lawyers is that a victim would not possibly gift their abuser a weapon that could potentially harm them further.

As all trials go, lots and lots of evidence were presented and the most telling are the voice recordings of their arguments as they do recordings regularly. Those recording were cringy and tells everyone that the relationship was toxic. It also records Amber being angry at Johnny as he tends to leave during a fight and hides. She also admitted hitting Johnny Depp, her exact words were “I did not punch you, I was hitting you”.

As it is such a high-profile case and with it being broadcast live, everyone can see and react and make content everywhere. One of the videos presented as evidence though was of Johnny attacking the kitchen cabinets. The most interesting part is that it was copyright claimed by the tabloid, TMZ, which raised the question who gave/sold it to them.

When it was time for Amber Heard to give her testimony, she testified that she was beaten a lot by her ex-husband. She further claims that she was sexually abused with a bottle on her private part which is very similar to what happened in “Gone Girl”.

9. Donated and pledged used as synonyms

Camille Vasquez, Johnny’s lawyer did the cross-examination on Amber and when it was time for the donation topic, she insisted that she did donate the 7 Million settlement money to charity as she has “pledged” the entirety. When it was clarified that the question was donated not pledged, she said that she uses the words “donated and pledged” synonymously.

One of the most powerful recordings and the one that Johnny Depp’s team ended with is this.

“Tell the world, Johnny Depp, tell them, I, Johnny Depp, a man, I am a victim too of domestic violence, and see how many people believe or side with you.”

We already have the “Me Too” movement for sexually abused women and now this case and this statement made a great impact to men who claims to have also been abused by their partners. It goes to say that everyone can be an abuser no matter the gender.

We feel bad for the people who are actually involved in the case but it can’t be denied that this defamation case with all its evidence  and revelations is very interesting and gets you watching it for hours. We just hope that the truth will come out and justice will be served to those who deserve it.