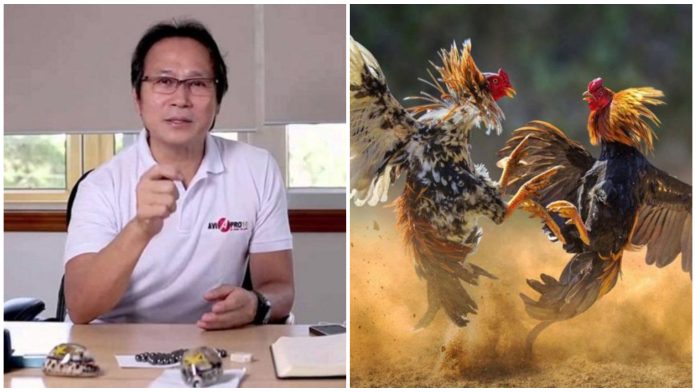 E-Sabong owner earns about P3 Billion per month in PH

Have you ever heard of online sabong?

Yes, apparently it exists and for those who don’t know, Charlie “Atong” Ang owns one of the platforms legally allowed to operate online sabong or e-sabong.

Sabong in real life already brings big bucks in so what more can an online betting have when there’s no limit to size and space and presence even.

It was Ang himself who disclosed that his e-sabong company earns around P3 Billion in commissions every month as his company, Lucky 8 Star Quest Inc., was one of the accused online sabong companies possibly behind the disappearances of the ‘sabungeros’.

He was called in the senate hearing regarding the controversy where he admitted that they’re receiving as much as P2 billion worth of bets per day, or a total of around P60 billion a month.

Ang states though that the P3 Billion doesn’t go to his pockets but about P2.5 billion of it goes to their agents and that other 1% of the commissions goes to the firm’s expenses.

With calculations minus all those expenses, around P900 million is left for him. P1 Million a month is already a dream of dreams for every employee, 900 times of that is out of this world.

And it seems like we are not the only one in shock as this information made Senate Minority Leader Franklin Drilon want to increase the taxes collected for these firms.

“Uulitin ko lang, P3 billion per month even assuming that you incur expenses on this, P640 million per month of revenue by PAGCOR is pittance, is very small compared to the gross income of Lucky 8.” – Senate Minority Leader Franklin Drilon

This financial revelation also made the attention of some senators as they called for the suspension of e-sabong firms licenses, but was countered by PAGCOR (Philippine Amusement and Gaming Corporation).

According to PAGCOR, the government would lose millions in revenue from the online sabong taxes as each month, PAGCOR collects as much as P640 million from e-sabong firms in the Philippines.