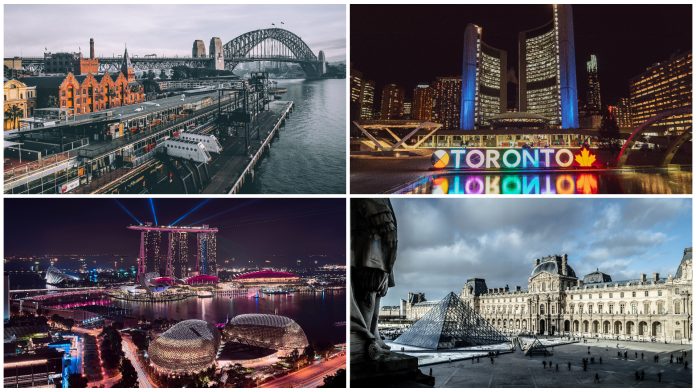 Migrating and leaving the Philippines is such a huge step that we have to consider it many times. One of the key points to consider is “to what country?”

If you’re leaving and haven’t decided yet, take a look at our list as we have here the best and easiest countries to migrate to.

At the top is Canada as no surprise there. The country has one of the most relaxed immigration laws in the world and as proof, a lot of our countrymen are already there. They also have plenty of different programs you can choose from such as family, investment, worker, student, and more.

Filipinos have chosen to migrate to New Zealand a lot. This is because New Zealand has openly called for more Filipino professionals in the field of nursing and engineering in the past. It also has several options available for applicants and adds on its history of over 29,000 recorded Filipino permanent residents in the country in 2019, you definitely stand a chance.

Singapore is probably the nearest you could go so it is also chosen by Filipinos. It’s one of the most developed countries in Southeast Asia. As a prosperous and busy country, the advantages of living there are very tempting. According to those who have tried, getting citizenship isn’t so bad and the real hurdle is permanent residency.

Australia was hailed as a country that has the most livable cities in the world. No wonder, a strong population of Filipinos is already there. The thought of other countrymen having your back is comfort itself but most importantly, it also means the country is open to accepting immigrants.

This is a place you didn’t expect. It was not easy to move here years ago but its data now says otherwise. It seems the country grants more and more resident permits to non-European nationals each year. More grants mean bigger chance for you.

Germany is a European country that has very advantageous opportunities and way of living and working if you are already there. You can get there easier though if you know basic German. So if you really want to go here, learn their language first.

There is no fast and easy shortcut but these are certain countries that offer better options and better chances for you so you might want to consider them first.