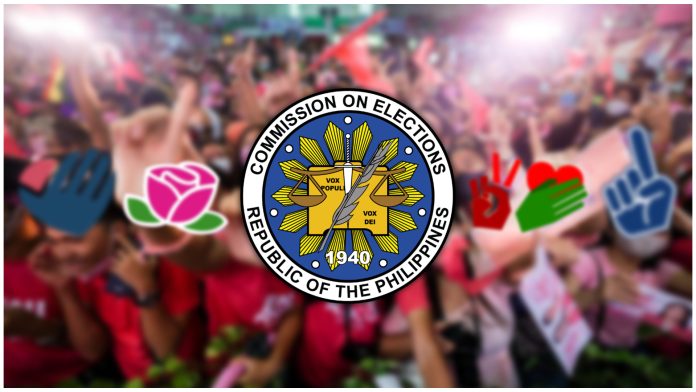 A piece of advice from the Commission on Elections (COMELEC), don’t wear shirts with a candidate’s name or face and any campaign merch you have on your electoral bets.

With Campaign season being officially closed today May 7, by this time we might all have our electoral candidates chosen to vote on the coming much discussed elections on May 9.

This also means that campaigning is not allowed by this point and on the coming days especially on May 9 which is why campaign merch are discouraged during voting.

Wearing of shirts with a candidate’s name or face was emphasized on the “not to wear” by the Commission on Elections commissioner, George Garcia.

Poll watchers and election officers may prohibit you from entering the polling precinct if you’re wearing one of the following with the name or face of a candidate:

There will also be no distribution of flyers and sample ballots, no shaking of hands to endorse a candidate, you just have to get to your precinct, vote wisely and make your vote count and safely get home to await the results.

This does not mean though that plain colored shirts are not allowed but it will be much more comfortable for you just to avoid them which you all know what we mean.

These are the colors you might want to avoid or not, it all depends on you. There is pink, red/green and of course the local colors that your local electorals have adopted for their campaign which is to say is in the “must be careful” department.

Today, with May 9 being declared a non-working holiday and other work suspensions, the Filipinos are now busy getting home and getting ready to be able to vote.