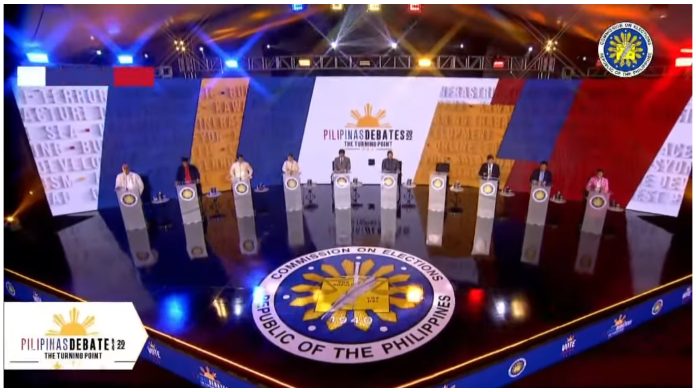 Who doesn’t want to watch a good debate?

It’s informative and entertaining especially for the coming elections. Like how a drama unfolds, we get to see them all in action and decide for ourselves who we think reacts better and answers better, observe their actions and principles, and know their platforms and positions on pressing issues.

With this in mind, the Commission on Elections said on April 4 that they would push lawmakers to pass a law that could disqualify candidates who refuse to participate in the debates organized by the poll body.

There are a series of debates organized by Comelec as part of its voter information campaign for the May 2022 elections and some candidates have declined to attend saying that they would rather continue with their face-to-face mode of campaigning and saying to leave it to the voters to decide.

There is still no law mandating candidates to join these election debates and so the Comelec has no authority to impose stiffer penalties for non-participation in the forums. The only thing they can do is disallowing debate absentees to air their e-rallies on the poll body’s official social media channels.

Comelec will try to convince the congress to put attending debates they organized as a requirement for all candidates local or national. And if it is not possible for it to be grounds for disqualification then they hope that at least it will be a ground for election offense.

They poll body is hoping that it would be mandatory in the next coming elections. It surely would put some power to the poll body on the candidates if not for this year’s elections, then in the future ones.

Upcoming debates organized by the Comelec are:

Viewers can directly ask questions to the candidates in these debates so make sure to ready your questions in advance.