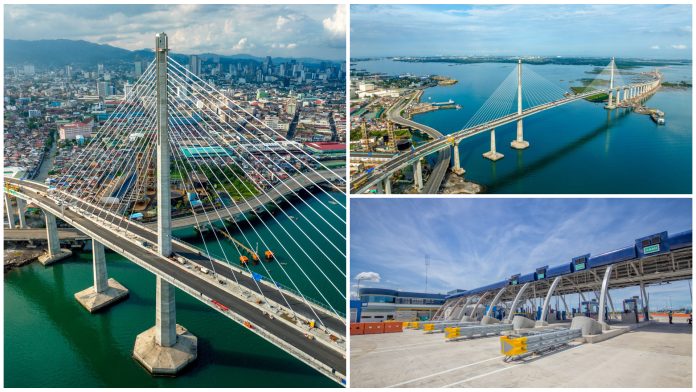 “We are happy and excited to finally welcome motorists to CCLEX, the new icon of Cebu,”

Pedestrians and bikers are also still not allowed to use the CCLEX. Their designated lane will be opened also in July.

Those who want to schedule their registration can sign up using the online form mptc.outsystemsenterprise.com/ORRAS/ or go to cclex.com.ph and click register.

The expressway is a project of the CCLEC, a wholly-owned subsidiary of the MPTC, in partnership with the Municipality of Cordova and City of Cebu. It is seen to not only ease traffic congestion in the metro but also spark socio-economic development in the province, according to a study by the University of San Carlos.

The approved rates are:

They are still on a cash basis to allow motorists to register for the CCLEX RFID that is needed to use the expressway. Motorists are encouraged to prepare the exact amount.

The full electronic toll collection will be implemented by June 2022.

The move to allow motorcycles under 400cc is backed by a resolution approved by the CCLEX Bridge Management Board (BMB). It came following a strong clamor from motorcycle users. The BMB said that motorcycles have become the preferred mode of transportation in Cebu.

Motorcycles with 125cc to 399cc engine displacement will be allowed on the CCLEX by July this year. The CCLEC is also still looking into how much of a discount to give to motorcycles under 400 cc.

Registration of motorcycles 125cc to 399cc, however, will still be announced at a later date. The sidewalk for pedestrians and bikers, which are free to use, will be opened in July this year.

The CCLEX is a Traffic Discipline Zone. The expressway has a 24/7 traffic patrol crew to enforce traffic laws as well as an emergency team to respond to incidents.

As CCLEX starts operation today, the motoring public is asked to drive at the maximum speed of 60 kph. They should not stop at any area in the entire stretch of the expressway. The CCLEX is designed for maximum speed of up to 80 kph but CCLEC is implementing a 60 kph limit during initial operations as part of safety measures because motorists are still not yet familiar with the expressway.

Cash payments will be accepted in the meantime and motorists are advised to prepare the exact toll fare.