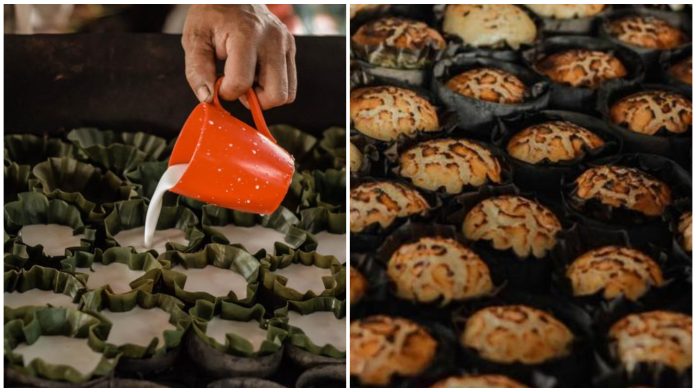 Online vacation food directory TasteAtlas recently published a list of the 50 finest cakes in the world, and one of them is our very own bibingka.

If you haven’t had the pleasure of eating a fluffy bibingka yourself, it’s a breakfast or afternoon snack staple in the Philippines that is most frequently enjoyed during Christmas. It’s frequently served with coffee or ginger tea. It is cooked in a clay oven coated with banana leaves and prepared with sticky rice and coconut milk. Just before the batter goes into the oven, salted egg and cheese are sprinkled on top. The dish is then baked and topped with grated coconut and butter or margarine.

Bibingka is also widely famous and sold along the roads of Catmon and Carmen in northern Cebu and Alegria and Dalaguete in southern Cebu.

Taste Atlas ranked restaurants based on the average audience ratings.

The Philippines has been included multiple times in the ranks of the online food guide: lumpia shanghai and tortang talong were listed among the greatest dishes in Southeast Asia, while Filipino cuisine was ranked 19th in its list of the 50 best cuisines in the world.

[email protected]
Previous article
Health Watch: Don’t compromise your immunity with 2-in-1 protection worth Php 7.00
Next article
How to make traveling less expensive?