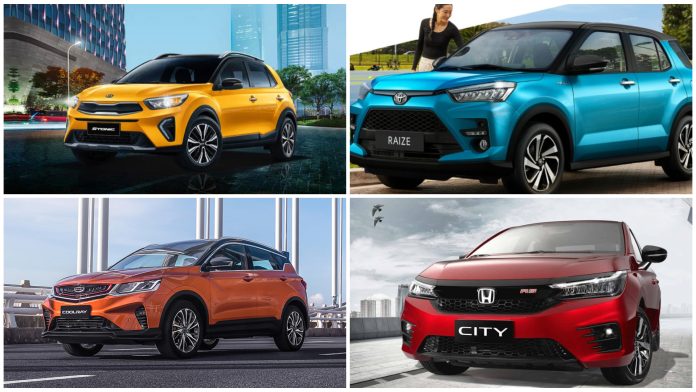 With most COVID-19 restrictions starting to ease up, more and more companies are mandating their employees to work back to office after almost two years of resorting to the work-from-home arrangement. With this change, some may find it difficult to commute again. Finding the best and affordable cars might be in your mind right now if you’re one of those having that dilemma. Here are some of the suggested auto mobiles that are under one million pesos.

Toyota Raize has been a recent hit among car enthusiasts because of its sleek design and spacious interior. It’s easy to drive platform has also been praised by car critics, noting its flexibility in urban and rural driving. With a powerful CVT engine, Raize is a serious contender for those who want a decent vehicle, either for work or leisure.

The Vios has been a staple in many Philippine roads, and you got to hand it to this model because of its reliability and durability. With many variants to choose from, the Vios is certainly a good car to choose if this is your starting car. Newer models are noted for being significant improvements over older models without compromising its overall quality.

Known for its sleek and chic design, the Honda Brio is Honda’s entry-level offering, perfect for newbie drivers. The latest small hatchback features smaller exterior proportions. But make no mistake, the deceptively large cabin inside is a great surprise for those who have chosen it as their starting car.

With an exterior design that has bagged many awards, taking one look at Kia Stonic proves that it was worthy to win such awards. Its modern and sleek design is perfect for any city-body who choose to fit in, either in a corporate setup or just want to gallivant around the city. Stylish, elegant and classy, the Stonic has a competitive engine that would stand out among the listed here.

The Honda City is a classic when it comes to subcompact cars, with production that began as early as 1981. Today, the city is still roving around the Philippine roads, with newer models managing to impress and stand out among the rest. The Japanese technology incorporated in modern Honda City models prove to be a good factor for newbies in buying this one.

Known as the trusted and ultimate starting car for many Filipinos, settling for a Wigo never fails as it is budget-friendly yet with a very durable and reliable overall design. Known for its simplicity and convenience, the Toyota Wigo is a good purchase especially if this is your first car purchase.

A seven-seater MPV with an affordable price, some say that settling for an Ertiga is definitely a steal especially for families with kids. Many consider Suzuki Ertiga as a decent choice for the modern Filipino family who can afford to buy a car – dropping the kids to school and going to work on one trip.

With a design that shouts confidence, intelligence and fashionable, the Geely Coolray is definitely here to bring back the fun in driving. Geely has employed over 500 people working on design from all over the world in five key studios: Shanghai, Coventry, Gothenburg, Barcelona and California, not to mention their technology matches this intricate design in terms of efficiency.