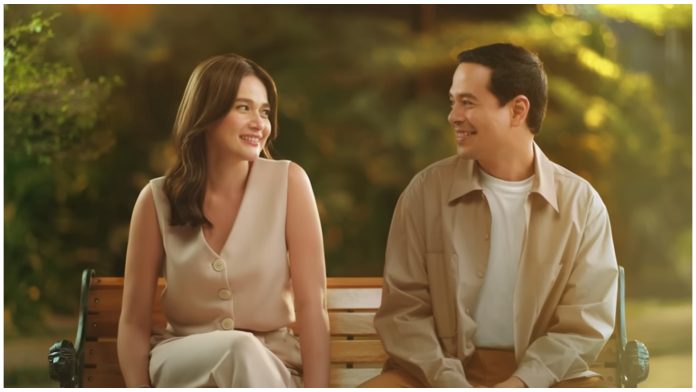 Ready to feel kilig again in the air while watching the Philippines’ most iconic love team? Hold on to your seats, as it has already been announced that Actress Bea Alonzo and actor John Lloyd Cruz will work together once more for an upcoming Star Cinema movie!

The director of the pair’s most well-liked movies, 2007’s One More Chance and 2010’s Miss You Like Crazy, Cathy Garcia-Molina, will helm the new movie, Alonzo revealed at a recent media conference. Moreover, the movie will also be handled by the same team that produced One More Chance, which will be written by Carmi Raymundo and concept by Enrico Santos.

“It’s going to be very exciting,”

SHE SAID, DECLINING TO REVEAL ANY ADDITIONAL INFORMATION ABOUT THE UPCOMING MOVIE.

In a recent interview, Cruz even revealed his desire to partner with Alonzo once more.

Their forthcoming feature will be made with Star Cinema, the production company of their previous home network, ABS-CBN.

It can be remembered that John Lloyd Cruz and Bea Alonzo’s on-screen romance has created several movie masterpieces such as Close to You and The Mistress. Both Alonzo and Cruz transferred to GMA in 2021, and last featured together in the Jollibee short film, One True Pair, of the same year.

Their final full-length picture together was A Second Chance in 2015, which served as a sequel to the 2007 blockbuster One More Chance. It was also directed by Garcia-Molina.