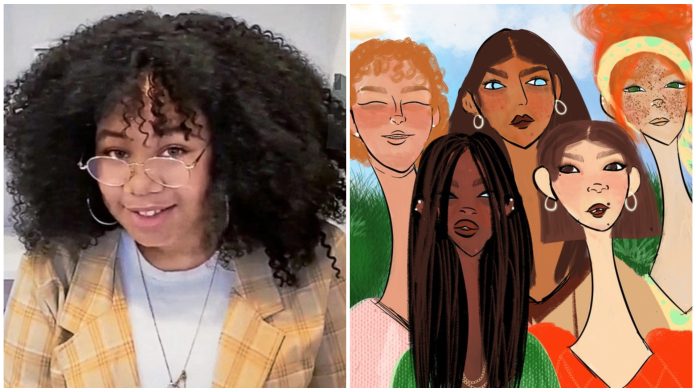 You’ve probably heard of crypto these days, and with that topic, you’ve also probably heard of NFTs. For those who don’t know, NFTs or non-fungible tokens are digital assets, either images, songs, or videos which can be sold online via cryptocurrency or digital tokens.

By producing anything including art, anyone can potentially earn by trading your work via NFTs. This became the case for Nyla Hayes, a 13-year-old artist who had already earned millions of dollars by selling her digital portraits as NFTs.

By producing a collection called “Long Neckies”, where she paints iconic and powerful women of history including Oprah, Michelle Obama and Serena Williams, Hayes portrays these icons with elongated necks which proved to be valuable.

Hayes mentioned in an interview that as a child, she was always been fascinated with the Brontosaurus, a type of dinosaur known for having long necks. The creature’s prominent feature was incorporated to her paintings.

“At first I just wanted to put two things that I love together, and that was a Brontosaurus and women,” she said. “I wanted to show how beautiful and strong women were, and I thought of the brontosaurus as that as well.”

Hayes’ parents have already noticed Nina’s affliction for art, specifically at the age of 9 where they gave her a smartphone to use for drawing. Eventually, together with Nina, they researched and learned more about NFTs through YouTube videos.

Since then, Hayes has managed to sell her artwork via NFTs where she reached the one million dollar mark way before she became 13 years old. Just in March this year, Hayes’ painting called “Long Neckie Lady” was sold for $6,621.70 or Php 343,401.36 on Instagram.

Hayes has made headlines with her artwork and earnings that even TIME Magazine, the prestigious and globally recognized magazine has named Hayes as its first TIMEpiece artist in residence, where they select an Artist-in-Residence quarterly to develop an intimate, focused collection of art in addition to the larger initiatives featured in the Build a Better Future Genesis Collection.