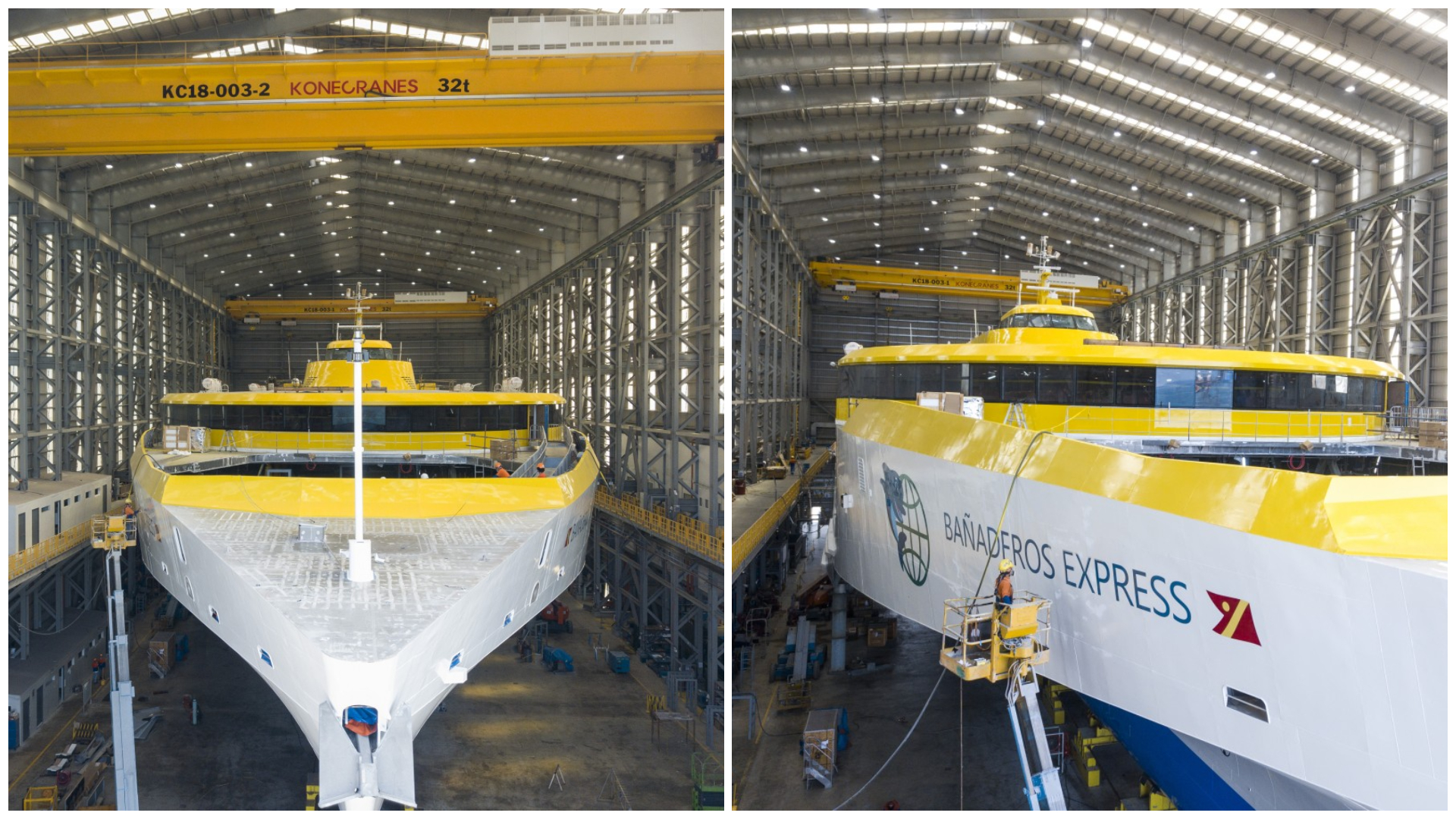 Austal Philippines has completed the installation of four waterjets in Hull 395, Bañaderos Express, currently under construction for Fred. Olsen Express in Balamban, Cebu.

The second of two ‘Auto Express 118’ high-speed trimaran ferries ordered by Fred. Olsen Express of the Canary Islands, Bañaderos Express, is scheduled for launch later this month. Austal Australia delivered the first trimaran of the two vessel A$190 million contract, the Bajamar Express, in July 2020.

Austal Limited Chief Executive Officer Paddy Gregg said the milestone was significant given the continuing challenges around shipbuilding during the COVID-19 pandemic in The Philippines.

Austal Philippines President Wayne Murray said the accomplishment was even more significant considering the shipyard was both completing final sea trials on the first large vessel completed on the Balamban site and constructing the largest (by volume) ferry ever constructed by the Austal group.

In addition to the installation of the four Kongsberg KaMeWa 125 S3 waterjets, Austal Philippines also completed the installation of the major Austal MOTION CONTROL SYSTEM components, including swinging T-foils, trim flaps as well as the streamlined, drop-down bow thrusters at the same time; effectively all of the highly efficient underwater appendages to the trimaran hull form that help deliver superior seakeeping and passenger comfort.

Fred. Olsen, S.A.’s CEO, Andrés Marín, thanked Austal Philippines for the “significant effort made to comply with the work schedule” and said he was looking forward to the new trimaran ‘Bañaderos Express’ commencing service in the Canary Islands in summer, “as scheduled”.

Bañaderos Express is a 118 metre aluminium trimaran, capable of transporting more than 1,100 passengers and 276 cars at cruising speeds up to 38 knots. Along with her sister ship, Bajamar Express, the ship features an optimised trimaran hull form and Austal’s industry-leading MARINELINK monitoring and control system.

[email protected]
Previous articleCebu logs 398 new cases on February 19
Next articleCoup D’état: What It Is & Why It’s Happening in Myanmar