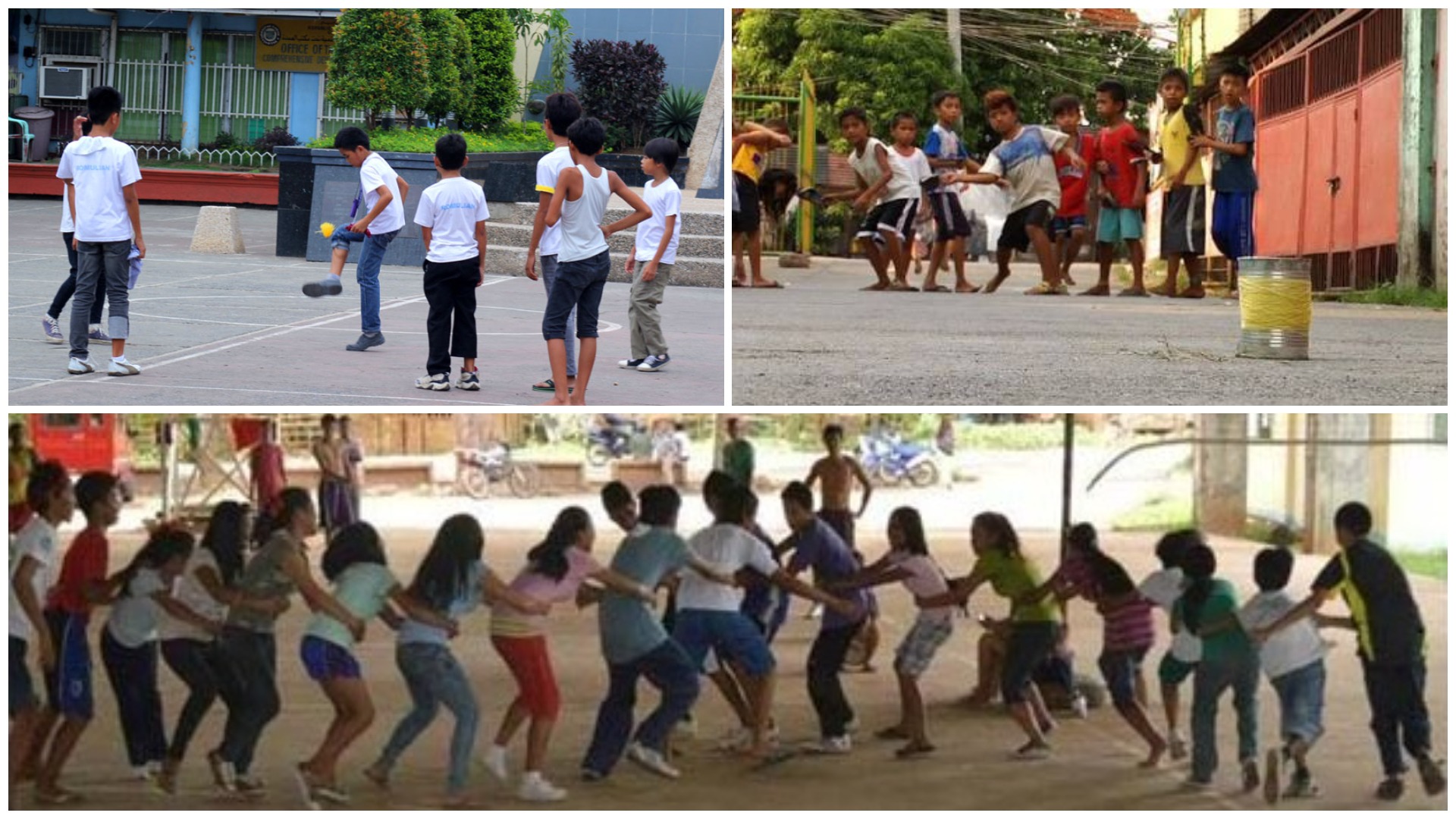 It is important for us to preserve our Filipino traditions; they are what defines us and our culture. There are many things that are considered tradition, and the traditional games we played as kids are one of them. If you want to remember the good old days when you used to go outside and play till it was dark, take this trip down memory lane with me.

Bato Lata, also known as Tumba-Lata or Tumbang Preso is one of the most popular childhood games out there. It is played with only a tin can and a slipper. Each player must have a slipper, and the “it” is in charge of the can. The can must be placed at a distance away from the players. The player’s goal is to hit the can using their slippers and then run without getting caught by the “it” by the time they make the can stand.

Instead of Pokémon, children back in the day used to collect colorful rubber bands and play Dampa. There are many ways to play this game, but the general gist of it is to move the rubber bands using your hands by forming them like a cup and slamming it on the ground so that the air coming out from your hands moves the rubber bands. Kids would race with each other’s rubber bands, trade them, and so much more.

There are a lot of games involving clapping hands between four players, such as Bahay Kubo, Leron-leron Sinta, Appear Disappear, Nanay Tatay, etc. These are called Apir-apir games, or Hand-Clapping Games in English. You can look up the full lyrics on the internet.

If you have a fondness for dressing up games even in your adult life like in the Sims games, it probably is due to the Paper Dolls we played as kids. They were cheap and affordable that we could buy them from stores on the street waysides. There were a lot of varieties too!

Another trait that we got from childhood games and carried over to the Sims games would possibly be Balay-balay. It is when we make imaginary houses out of anything available. Curtains, sticks, stones, the whole deal. We can get really creative and resourceful.

A takyan is a weighted shuttlecock with, usually, colorful plastic straw ropes attached. With this toy, we kicked it with our friends on the air and suspend it there. The goal of the game was to not let the toy hit the ground.

Tagu-taguan is simply hide and seek, but what makes it special here in the Philippines is that the seeker has a special chant to say before finding those who are hiding, with the starting words as “Tagu-taguan maliwanag ang buwan”.

Much like the Luksong Baka, Luksong Tinik is about jumping over an obstacle. In this case, the player jumps over “thorns” i.e., the hands of the other players. The more hands get involved to jump over, the harder and higher it becomes!

This is best played in large groups; the “it” needs to tag all the other players so that they become a part of the “it”, kind of like a zombie infecting a player to become another zombie. The “its” will aim to capture everyone usually at a given time until either everyone is captured or the time ends.