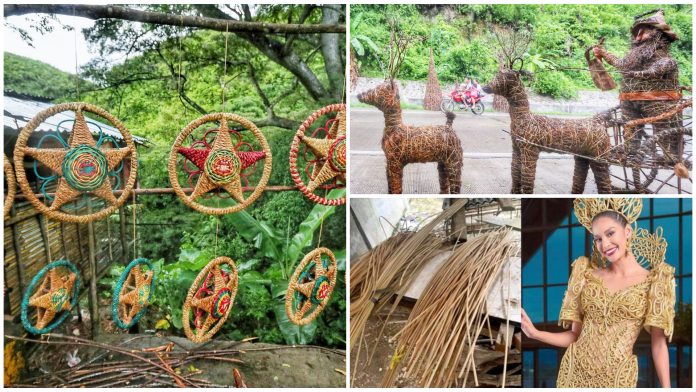 LOOK: The Symbol of Hope on Christmas in Sogod, Cebu

It’s again the most wonderful time of the year. Ever since the ber months started, we’ve been seeing Christmas decorations in every street and home of the Filipino households. Despite the current pandemic, we Filipinos never took it as a hindrance to continue spending and share the spirit of Christmas.

One of the noticeable Christmas decorations we often see on Christmas is the ‘parol.’ The parol is the perfect definition of hope, that is why most of us hang it in our households during the holidays.

The parol history goes way back to 1908, it began with Francisco Estanislao who is believed to have crafted the first giant. He made a classic five-point star parol out of bamboo strips that he coated with Japanese paper and lit with a kalburo (lamp).

But, did you know that in the northern part of Cebu, there is a unique kind of parol made out of Abaca?

One of Sogod, Cebu’s pride is their native Abaca parols. Not only do they sell parol made out of abaca, but they also sell furniture made out of the same materials.

Their handicrafts are not only limited to parols and furniture, they also offer different Christmas decorations, such as huge Christmas trees and reindeers. It is not only unique but is a perfect design for our homes during the Holidays.

In fact, the abaca material is so popular in Sogod, that this material was worn by one of the Miss Universe Philippines 2021 candidates Steffi Aberasturi during her national costume round competition.

According to one of the native abaca Parol makers, Renan, they don’t exactly know when the abaca making business in Sogod started, however, he said that ever since he was a kid, his mother already taught him how to make one.

Their parols may vary depending on the design and size. They also offer customized sizes and designs of the parol. Prices may start from P50-P1000. If you find some of the items expensive, you don’t have to worry as most of the parol makers can be negotiated.

There is a large community of native abaca parol and furniture makers in Sogod, Cebu that was passed down from generation to generation. So if you are planning to visit there, most of them can be found passing the Sogod municipal hall. You can also stop by the municipal hall and ask for instructions.