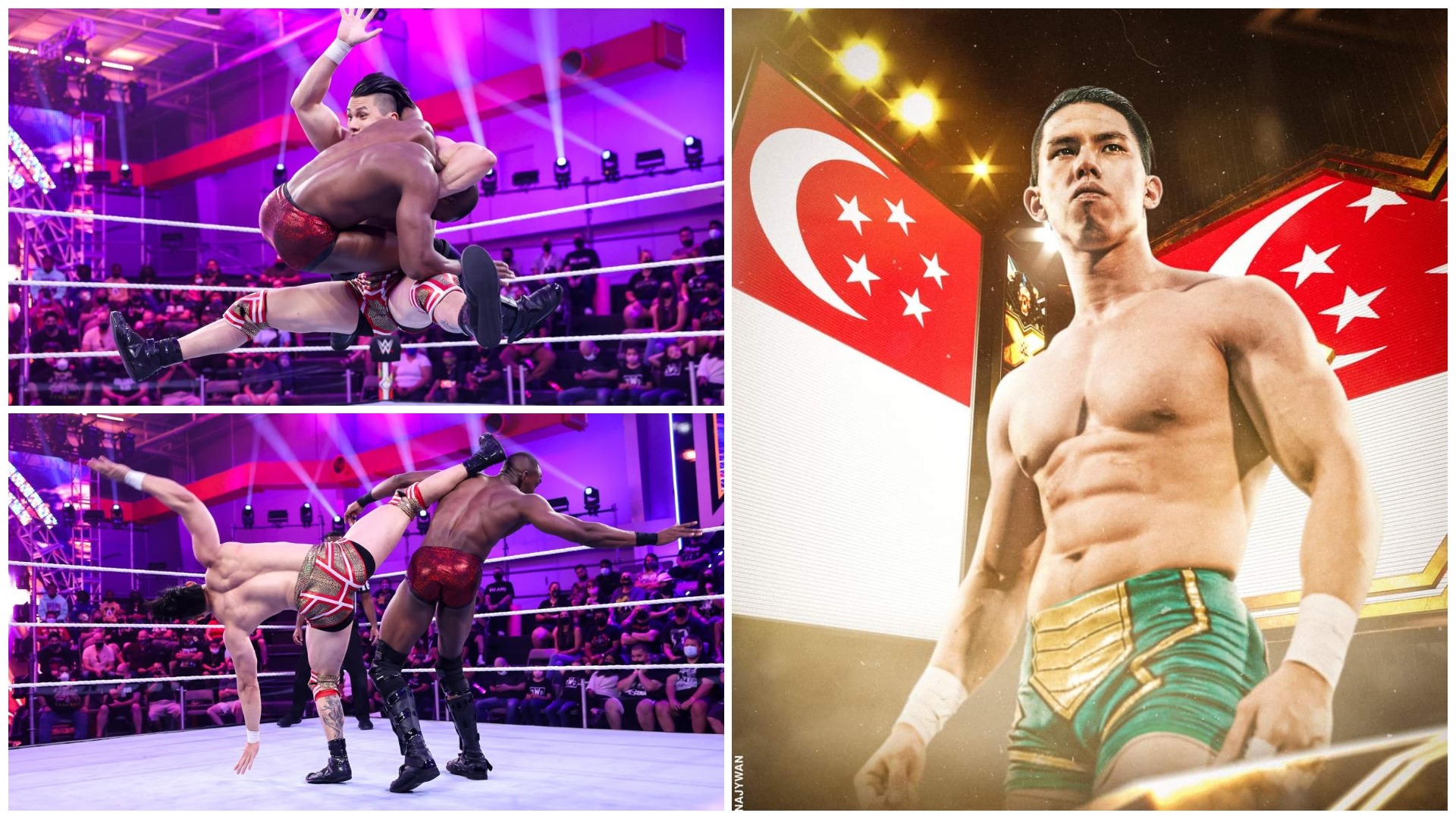 Without a doubt, WWE is known as the pinnacle of wrestling culture, and since its inception, it has gathered top wrestlers from across the world.

With household names we all grew up with such as The Undertaker, Kane, Big Show, Rey Misterio, Chris Benoit, John Cena and many more, the WWE family is growing more diverse than ever as one from Southeast Asia has managed to land a prestigious spot in WWE.

Hailing from Singapore, Dante Chen, or Sean Tan in real life, is the first Southeast Asian to be part of the WWE or World Wresting Entertainment. At 25 years old, Tan was recruited by the WWE last July 2021, and eventually had his first match last September.

Tan was a member of his local professional wrestling school at the age of 16, as he is a big fan of WWE himself – and now, entering WWE is a childhood dream for him fulfilled indeed.

Recently, Dante Chen made news when in his debut match on the weekly “WWE NXT 2.0”, managed to best Trey Baxter, an American newcomer as well, in just one-minute last September 21, 2021.

The quick match wowed both judges and viewers, which is a good and lasting impression for a newcomer like Dante Chen. With this win, he is also the first Singaporean WWE wrestler who have ever won a WWE match.

Wearing a silver mask and a red robe, Asian WWE fans are surely impressed with the new addition of Dante Chen in last September’s match. Many fans and critics see a lot of potential in Dante Chen, especially after that one-minute debut match, on top of his experience in wrestling since in his teens.

For avid wrestling fans, Chen is recognized prior his WWE entry as he was known as Trexxus, who went on to win the Southeast Asia Champion at the 2017 Singapore Pro Wresting competition. He was then scouted by one of the WWE representatives, and the rest is history.