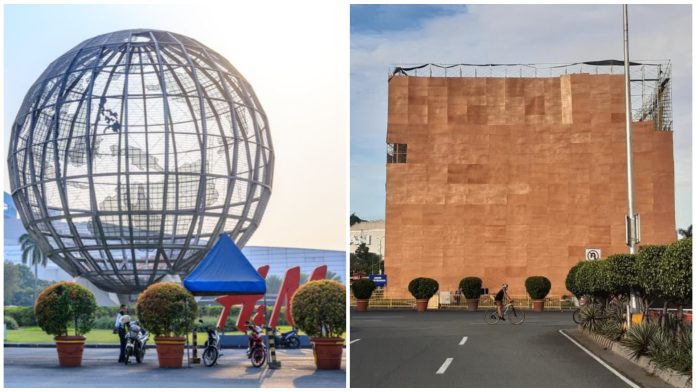 SM Mall of Asia’s iconic globe in Pasay City was reportedly “stolen” on November 13, Saturday night, and a netizen caught the shenanigan. A Facebook profile named Chester Allan Tangonan posted an 18-second clip showing the iconic globe being “lifted” from a helicopter.

It did not take long for the shocking news to spread like wildfire and Pinoy netizens  were quick to hypothesize the whole MOA Globe shenanigan. SM Mall of Asia’s management then posted a public notice which stated, “SM Mall of Asia is currently working with authorities in investigating the MOA Globe incident. With our security measures in place, rest assured that the SM Mall of Asia continues to be a safe space for your family and friends.”

The incident remained mysterious as to who or what took it and how and why it happened in the first place. And then Netflix entered the scene. No one had probably speculated about them until they posted a video on their Fb page on Sunday with a caption, “You may or may not have missed the biggest con while you were sleeping 👀 I know who did it, and the Red Notice is out for them 🚨”.

As it turned out, the “stolen” globe of MOA is part of Netflix’s promotional stunt for its film Red Notice. The movie’s star-studded casts include Dwayne Johnson, Ryan Reynolds, and Gal Gadot. It had a short run in selected cinemas on November 5 and premiered on November 12.

The globe is now finally back to its place but with scaffolding. The management posted another statement thanking netizens for their concern about the incident and “will temporarily put the area under ‘Red Notice.’”

Here are some of them:

“Am sorry but this is an overly complicated stunt just to promote something that has been on Netflix for like…weeks?

Not the best from Netflix to be perfectly honest.”

“Trust me, no one was concerned. We were all laughing hahahaha”

“there is a penalty on spreading fake news right? anything that may cause alarm to the public, may official statement pa from the page itself and made headlines.. this is not funny at all”