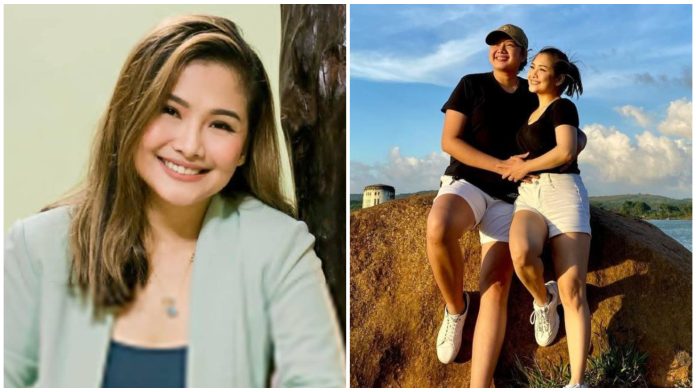 Sheryn Regis has come out as a lesbian in her recent interview with Ogie Diaz on YouTube last December 26, 2021.

Sheryn, 42, rose to fame as a finalist alongside Erik Santos in the Search for the Star in a Million singing competition in 2003. She is a pop singer-songwriter and an entrepreneur that hails from our very own Carcar City here in Cebu.

She came out to the world as part of the LGBTQ+ community, but more importantly is that she came out to her ex-partner, Earl Echiverri (Tito Earl), and her daughter, Sweety, and was accepted whole-heartedly.

“Sabi ko sa kanya, ‘Tito Earl, I am a lesbian. I’m living a lie. Not just to you, not just to the family, a lie sa sarili ko rin.”- Sheryn Regis

She said that she denied it and thought that maybe it was the reason for her depression and her thyroid cancer, life testing her so she felt the need to tell the truth abput her to her partner then.

Sheryn even says that she became selfish in a way as she was mother to Sweety but wasn’t a wife to Echiverri and had trouble accepting who she was.

Her and Echiverri she stills talks every day and have remain married, as appealed by their daughter saying that she doesn’t want them divorced and be a child without a mom and dad together. Her daughter also told her that she knew and it doesn’t make her mother less of a person.

Sheryn now has a girlfriend, the YouTuber Mel de Guia.

She has been the voice behind several teleserye theme songs since, including  This year, she released her first original song after a decade of being away from the Philippines.

“Hindi ko kayang iwan ka” and “Coming in out of the rain” were two of her most popular songs and of course she was the teleserye OST queen with “Gulong ng Palad” and “Maria Flordeluna.”

Now, she has an original song released titled “Tulad ng Dati”, which you might want to listen to.