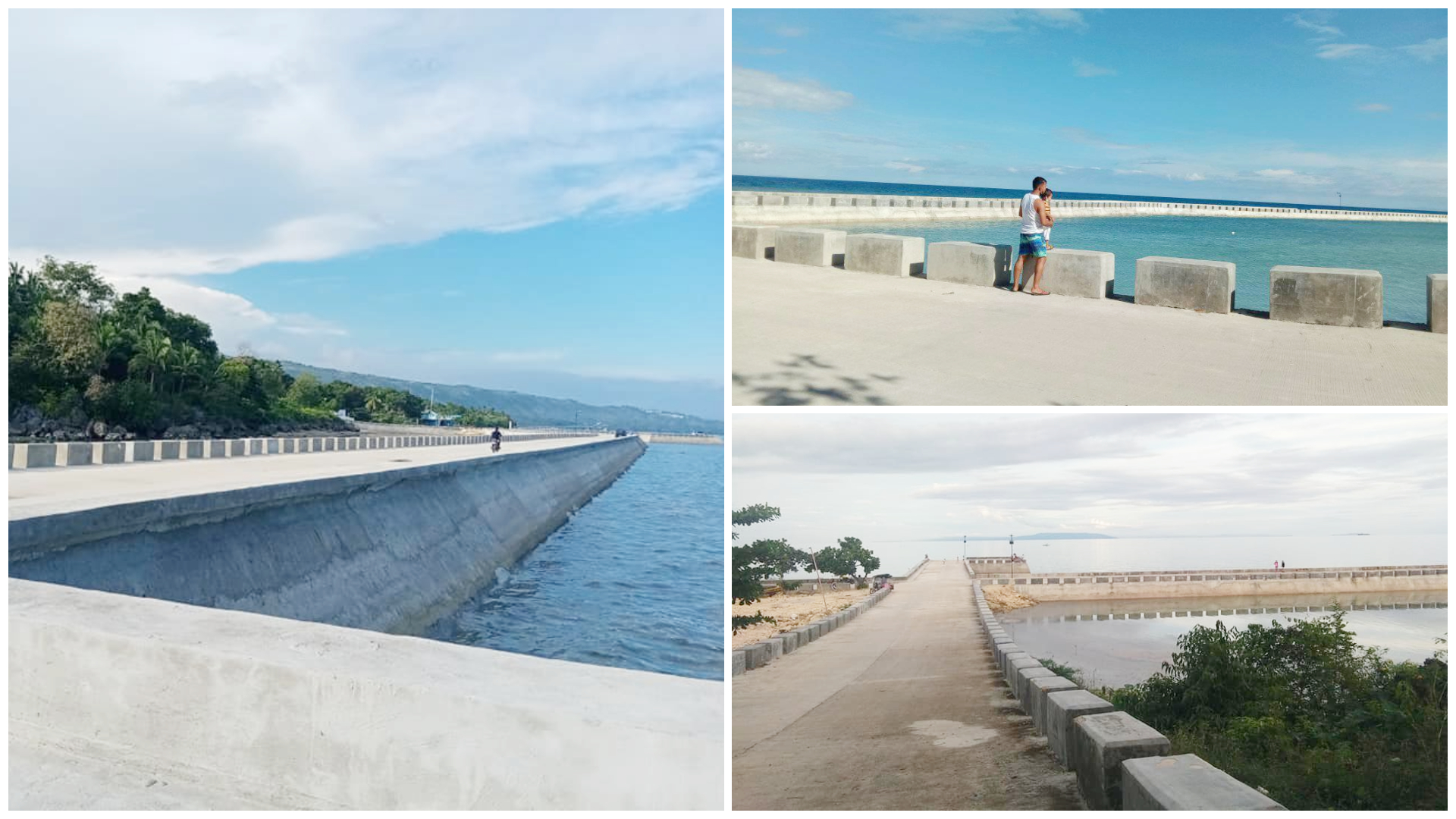 The latest development in the town of Alcoy in Cebu meant more opportunities for everyone.

The DPWH Cebu 4th District Engineering Office just announced recently the completion of the 637-meter-long seawall shore protection structure in the said town. It is aimed to protect the shoreline from erosion and scouring and will also prevent flooding. The said seawall comes with a wave deflector including embankment.

The total allocation for the newly completed project was pegged at 1-million pesos.

Seawalls are hard engineered structures that are built parallel to the shore so it can hold or prevent sliding of the soil while protecting from wave action which ultimately becomes very beneficial if the shoreline is home to important infrastructure or other buildings.

The town of Alcoy is a slowly emerging town in the southern part of Cebu. With the addition of the seawall in town, it is believed to provide even more opportunities to its people. DPWH Sec. Mark Villar believes that livelihood of the residents will be improved since small fishing boats could use the seawall in accessing the fish port.  This is also big enough to act as a guide for them as they approach the shore.

The seawall itself is also a good venue for relaxation, early morning or late afternoon jog, or a stroll with your family or friends. Small vendors are expected to station along the stretch of the said structure however, as of now, only few are allowed to do business.

A huge amount of sea breeze is waiting for you here. The sea surrounding the bays of Alcoy is very attractive from afar when viewed from the seawall, mesmerizing you with its blue colored water sparkling with the lights of the sun.  The view is just breathtaking you surely wouldn’t want to miss.

Alcoy was once a part of Dalaguete town until 1897 when a provincial decree made it a municipal corporate. It is known for its beautiful beaches with Tingko beach as the most famous. There’s also an old Spanish watchtower and the St. Rose of Lima Church that you can visit. The town is near stunning dive spots including Sumilon Island, Siquijor, Balicasag Island and Cabilao.

BY BUS: Go to Cebu South Bus Terminal and ride any bus bound for Oslob. Ask the driver or conductor to drop you off at Alcoy town proper. From there, you can ride any available public vehicle to get to the newly completed seawall in town.

BY CAR: Navigate with Waze or Google Maps and set your destination to “Alcoy Seawall” in Alcoy. Parking space is available.