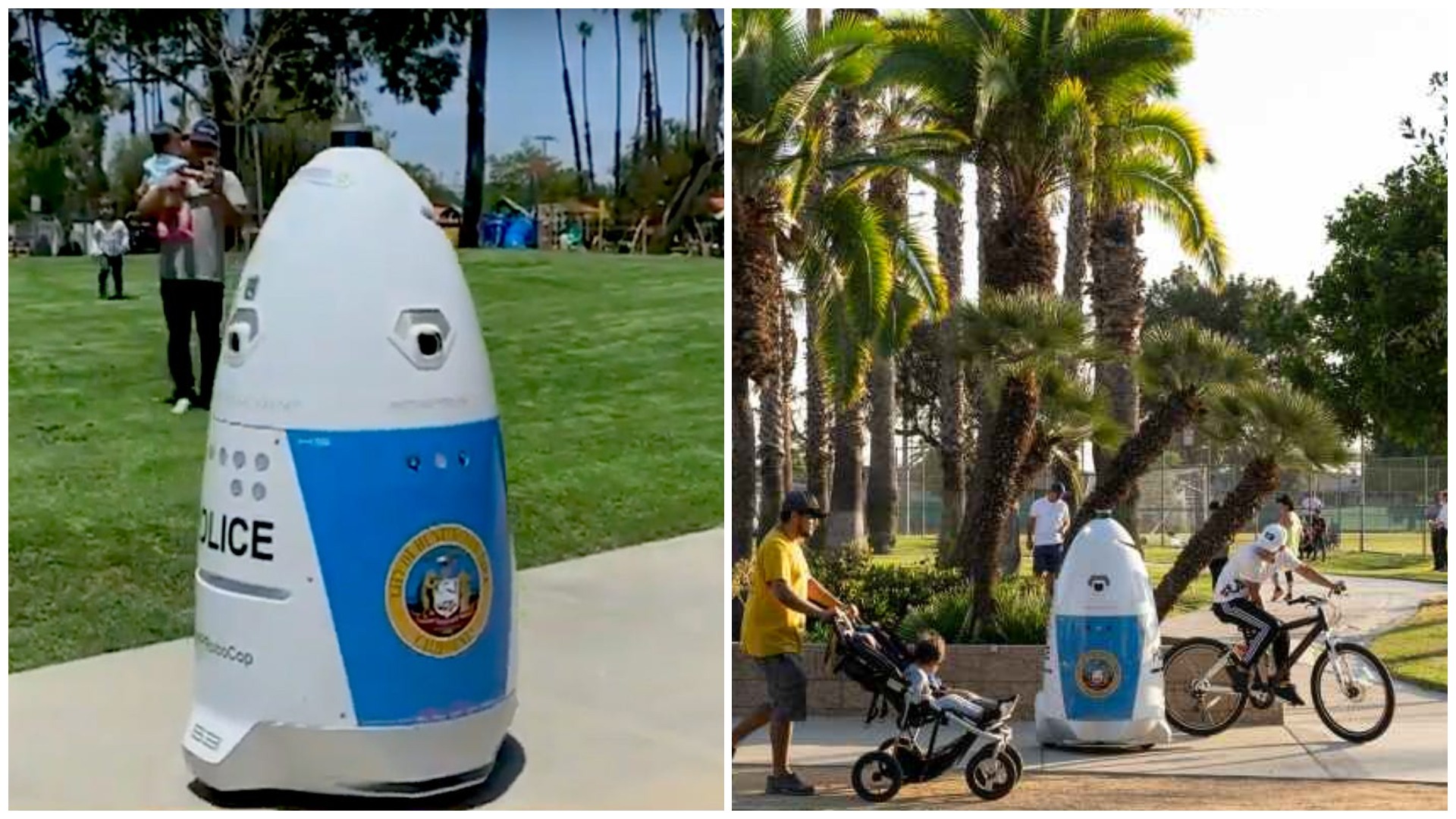 Is it a Dalek from Doctor Who? Is it R2D2 from Star Wars? Is it an android version of RoboCop? Is it Wall-E itself? These are just the questions citizens of the southern part of Los Angeles, California in Huntington Park when an unusual device was seen patrolling in its neighborhood area recently.

Officially named as HP RoboCop, the patrolling robot was officially launched in June 2019 by the Huntington Park Police Force in California. The robot, which costs around $75,000 to make, is one of the prototypes in launching robots that can patrol area for any unusual activity.

Resembling robots popularized in movies such as R2D2, HP RoboCop, is shaped like a mini-rocket, with wheels that allow it to hover in flat surfaces. The device is also marked with logos and the name of the Huntington Park Police Force.

Equipped with a 360-degree camera, the robot ensures that operators have a wide view of the area it is patrolling, which is transmitted real-time via satellite to the Huntington Police headquarters. HP RoboCop, though technically a part of the police force, does not have any weapons.

According to the inventors, they made sure that a “thick line” is drawn with regards to that issue as they had in mind that the robot will only be used for surveillance and emergency alert purposes only.

What it has though is that citizens can press a designated “button” located at the head of the robot, which signals the police headquarters of an emergency or a situation that requires an actual human police officer. The robot provides the coordinates of its location which is then used as a guide by the responding police officers.

Since the robot was launched, the police reports that 50% fewer crimes were reported in the area. This is a significant decrease in reports as the area was known for gang troubles and vandalization. More than that, the robot patrol was attributed to a 30% in arrests.

So far, reviews about the robot have been divided, with some praising the police force’s “omnipresence” as aided by the bot while some are worried that the robot might be used to survey and invade the citizens’ privacy. Some also went on to comment that it would’ve been better to allocate the budget used to build the robot to other governmental projects such as providing relief to the low-income.