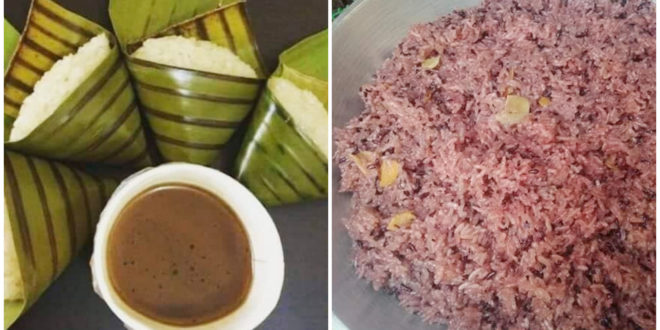 Puto Maya in Carbon: Its History and How It’s Made

As Cebuanos, all of us have probably tasted this famous delicacy eaten during breakfast and even as an afternoon snack. Paired with “sikwate”, the Cebuano pure hot chocolate, makes the one and only “puto maya” a household name.

What is Puto Maya?

Puto Maya is “a type of rice cake which originated from Cebu [and] is made of glutinous rice, fresh ginger, and sweetened milk.” – Lalaine of Kawaling Pinoy

Although there are many ways to make puto maya, such as with coconut milk, and many ways to eat puto maya, like alongside ripe mangoes, in essence puto maya is a sweet sticky rice cake. In Carbon, it is commonly wrapped in banana leaves, which is eco-friendly.

Puto-maya is commonly bought in Carbon. A public market in Cebu known as the oldest and largest farmer’s market and is considered a major tourist attraction, although be wary of your belongings. Many wares are sold here is a cradle of many cultural delicacies as well, and Puto Maya is no excuse.

As described by makadato, the sticky rice is steamed in a large “kaldero”, and when finished is transferred into a tub. Meanwhile, a mixture of coconut milk, commonly referred to as “gata”, and sugar with salt is prepared to be mixed into the tub. Once thoroughly mixed with the rice, the mixed sticky rice is put back in the “kaldero” to be steamed once again.