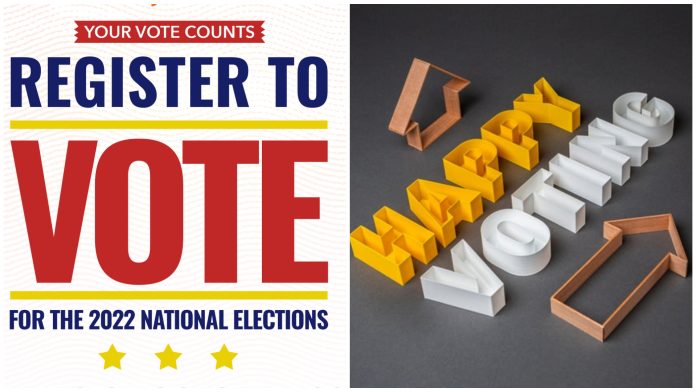 Who would’ve thought that just by taking selfies can give you rewards and incentives?

This is the initiative taken by a non-partisan group called Vote Pilipinas as they announced that they will be giving incentives to those who will participate in their campaign gearing “Magparehistro Ka” as their tagline. Together with the Commission on Elections or COMELEC, the initiative campaigns social media voter registration.

How the mechanics goes is that newly registered are encouraged to post selfies on all their social media profiles including Facebook, Instagram, Twitter, Tiktok, etc. explaining “why they need to register to vote”. Some of the hashtags provided by the group for joiners to qualify include #VotePilipinas, #RegisteredToVote and #LiveSmartVoteSmart.

Also, participants need to follow the social media accounts of Vote Pilipinas, followed by sending their registration stubs via the online pages of @votepilipinas.

Comelec director James Jimenez also furthered that they the agency already reached its initial target of registering four million voters, both new and reactivated. “We now stand at almost 63 million registered voters for 2022. We want to thank Vote Pilipinas for playing a vital role in being the partner of the commission in campaigning for more people to register,” Jimenez said.

It can be recalled that Comelec announced and extension of the registration of two weeks, officially having October 31 as the last day to register. For overseas Filipinos, the voter registration was also extended from October 1 to 14.

“With the extension, we hope to still encourage more Filipinos and it is never too late to register as we draw closer to the new deadline,” Rondario said.

While the initiative is quite exciting especially because of its incentives, Vote Pilipinas is still yet to announce the exact incentives to the winners of the “Magparehistro Ka!” challenge.