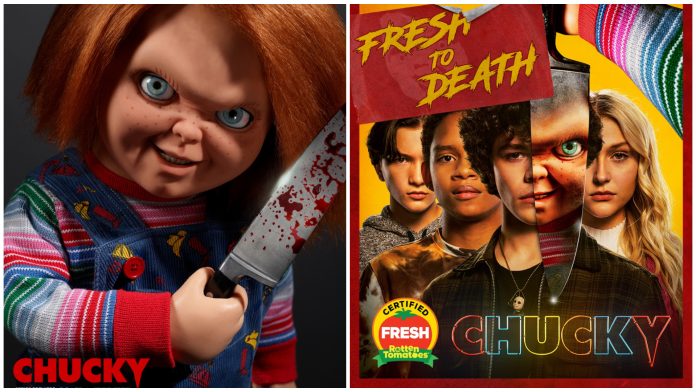 He was indeed a stuff of our childhood’s nightmares.

Who would’ve thought that it’s already been 33 years since the demonic doll from hell terrorized kids as well as adults from the ’80s and ‘90s? Child’s Play, the iconic horror movie that was released in 1988 is currently getting a spin-off series to be produced by American cable television channel, Syfy.

For those who don’t know, the story of the first movie involved Charles Lee Ray, a serial killer on the run and as his death wish, transferred his evil soul through witchcraft to a Good Guy doll, Chucky. On a path of revenge, Chucky terrorizes everyone he met, speaking true of his sadistic self.

Having a child’s doll play a sadistic killer seemed laughable at paper, but the movie was a huge success as it spawned various sequels and spin-offs and recently, a trailer dropped citing a spin-off TV series is on its way.

Having been in development since 2019, the writer of the original film, Don Mancini, serves as the main showrunner and creator of all the 10-episodes for the first season.

“The show will be a fresh take on the franchise, allowing us to explore Chucky’s character with a depth that is uniquely afforded by the television series format, while staying true to the original vision that has terrorized audiences for over three decades now.”, Mancini said.

The spin-off is rumored a continuation of the film franchise, with young Jake Wheeler (Zackary Arthur) finding Chucky (once again voiced by Brad Dourif) at a yard sale. The series will also take place in Hackensack, New Jersey, the same town where Chucky terrorized in the past films.

Real Chucky fans are really in for a treat as Brad Dourif, the original voice actor of the infamous Chucky, will also be voicing the demon doll itself in this new series.

Having Brad Dourif aboard in this new project is really what makes the show more iconic and in complete full circle. Many fans argue that the show may be good for nothing if Dourif himself would not be voicing Chucky.

Previous articleFinally! Instagram Music is now available in the Philippines
Next articleKids now allowed inside malls in Cebu