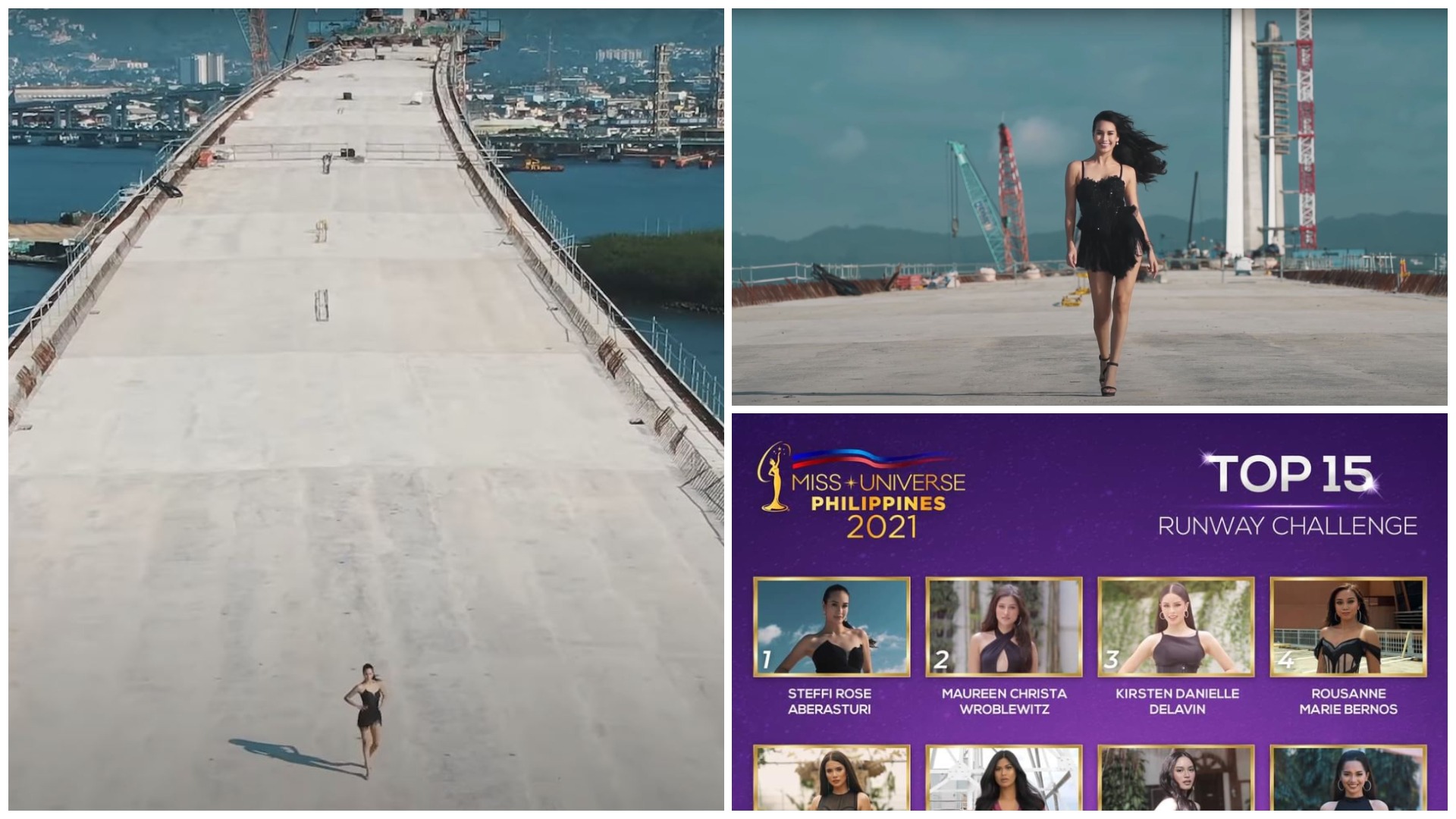 Steffi Rose Aberasturi, representing the Cebu Province, topped the Runway Challenge of Miss Universe Philippines 2021 as announced by the organization on August 15, 2021. Steffi wowed her fans with her now viral runway video taken at the Cebu-Cordova Link Expressway, soon to be the Philippines’ biggest and longest toll bridge.

Here are the top 15 candidates in the MUP Runway Challenge:

Fun fact: Steffi, 26, has never tasted defeat in all her pageant competitions which speaks of her determination to always make sure to come prepared in every single one of them. And when asked what her secret was to being undefeated, she answered “Faith”.

This Cebuana beauty is a 5-foot-7 stunner who chose “Compassion” when asked what was the most important quality of a Cebuana.

The Miss Universe Philippines 2021 first announced the top 100 delegates on July 19. The list will then be trimmed down to Top 50, who will need to be in Metro Manila for in-person interviews with the organization.

Only 30 women will be selected to compete in-person during the live pageant finals on September 25.

There are four (4) Cebuana candidates in the MUP 2021 competition, aside from Steffi, we also have Beatrice Luigi Gomez (Cebu City), Jane Darren Genobisa (Carcar City), and Chiara Alix Lim (Mandaue City). We have to vote and cheer for them as their fellow Cebuanos and prove that “lahi rajud ang ka gwapa sa Cebuana.“