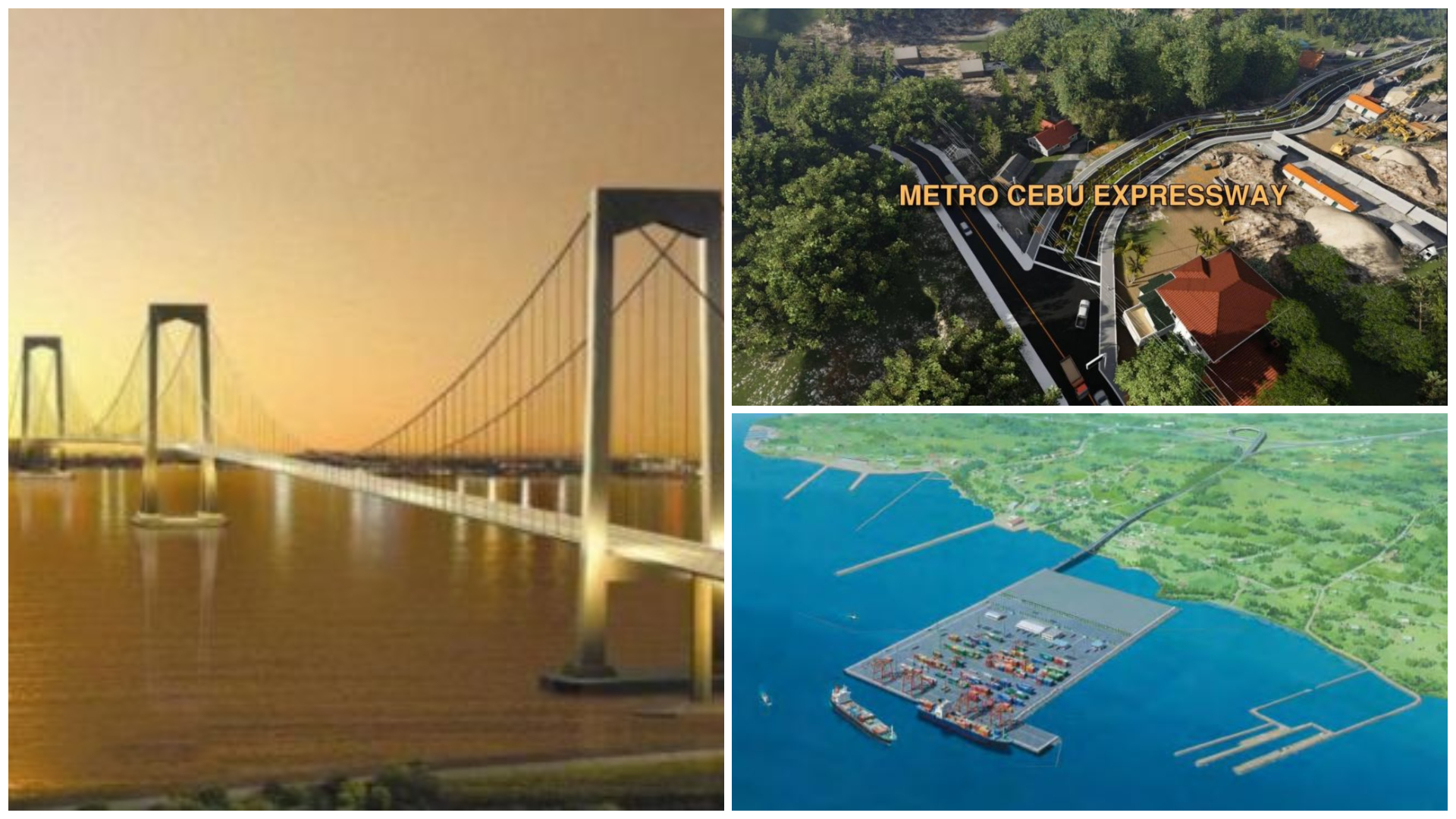 4 MEGA Infra Projects in Cebu to watch out for

Are you ready for a better and bolder Cebu?

The impressive economic growth that Cebu has shown over the past few years can’t only just be attributed to the massive property and urban development initiatives made by private companies in the metro. It’s also a direct impact of the great government projects that have helped ease the lives of every Cebuanos.

But the trend of progress isn’t coming to a halt yet; it won’t. With the on-going projects that are soon to take forms in Cebu, we are bound to soar towards greater heights.

Check out these four (4) mega infrastructure projects in Cebu that Cebuanos should be excited for.

This project is a 73.75 km stretch of highway with 2 km tunnel. Pegged at P28.1B for its cost, Metro Cebu Expressway is aimed to meet Metro Cebu’s existing and future traffic demand, significantly addressing the traffic congestion within the metro especially its urban core and Central Business Districts.

The project will serve as another north-south backbone highway providing a seamless traffic flow from Naga City up to Danao City. It will traverse along the slopes of the mountain range of Cebu Province. Also, the project is divided into three segments: Talisay-Cebu City-Mandaue (Segment 1), Consolacion-Liloan-Compostela-Danao (Segment 2), and Naga-Minglanilla (Segment 3).

It is to be noted that Segment 3 is funded by the national government through the Department of Public Works and Highways especially in acquisitions of lots and structures for road right-of-way, while segments 1 and 2 will be financed through foreign funding, according to Neda 7 Director Efren Carreon.

Target completion date of this project is 2022.

The Cebu Bus Rapid Transit (BRT) system is a component of the planned Integrated Intermodal Transportation System (IITS) in the province of Cebu. It has an objective to improve the over-all performance of the urban passenger transport system in Cebu City in terms of the quality and level of service, safety, and environmental efficiency.

Estimated at P16.3 B for the cost, this project is funded by the World Bank and Agence Francaise de Development and its project implementation is spearheaded by the DOTr and NEDA.

The Department of Transportation (DOTr) has promised the Cebu City Council that the implementation of the the Bus Rapid Transit (BRT) system in the city will start on 2021. Target completion date for phase 1 (SRP to Capitol route) is first quarter of 2022.

This 4th Cebu-Mactan Bridge and Coastal Road Project aims to improve the capacity of the existing road network in Cebu and facilitate faster movement of trade, people, and convenience in Metro Cebu.

The entire project for the bridge and the coastal road will cost around P79.5 billion and it has 119.2 billion Yen (P55.8 billion) of the loan set aside for it with Japan International Cooperation Agency (JICA) as its lead agency.

Its target completion date is January 2028.

The New Cebu International Container Port (NCICP) is a P10.1-billion project that will cover 25 hectares of reclaimed land in Consolacion, Cebu. It is aimed to free up the existing seaport in the province and provide a more efficient and reliable transport infrastructure for the unimpeded flow of goods and services in the Visayas.

This multi-billion project will include the following:

The new container port is seen as a long-term solution for the already congested current Cebu International Port. Once done, the latter will be converted into a domestic port while the former will cater to international cargoes coming in and out of Cebu.