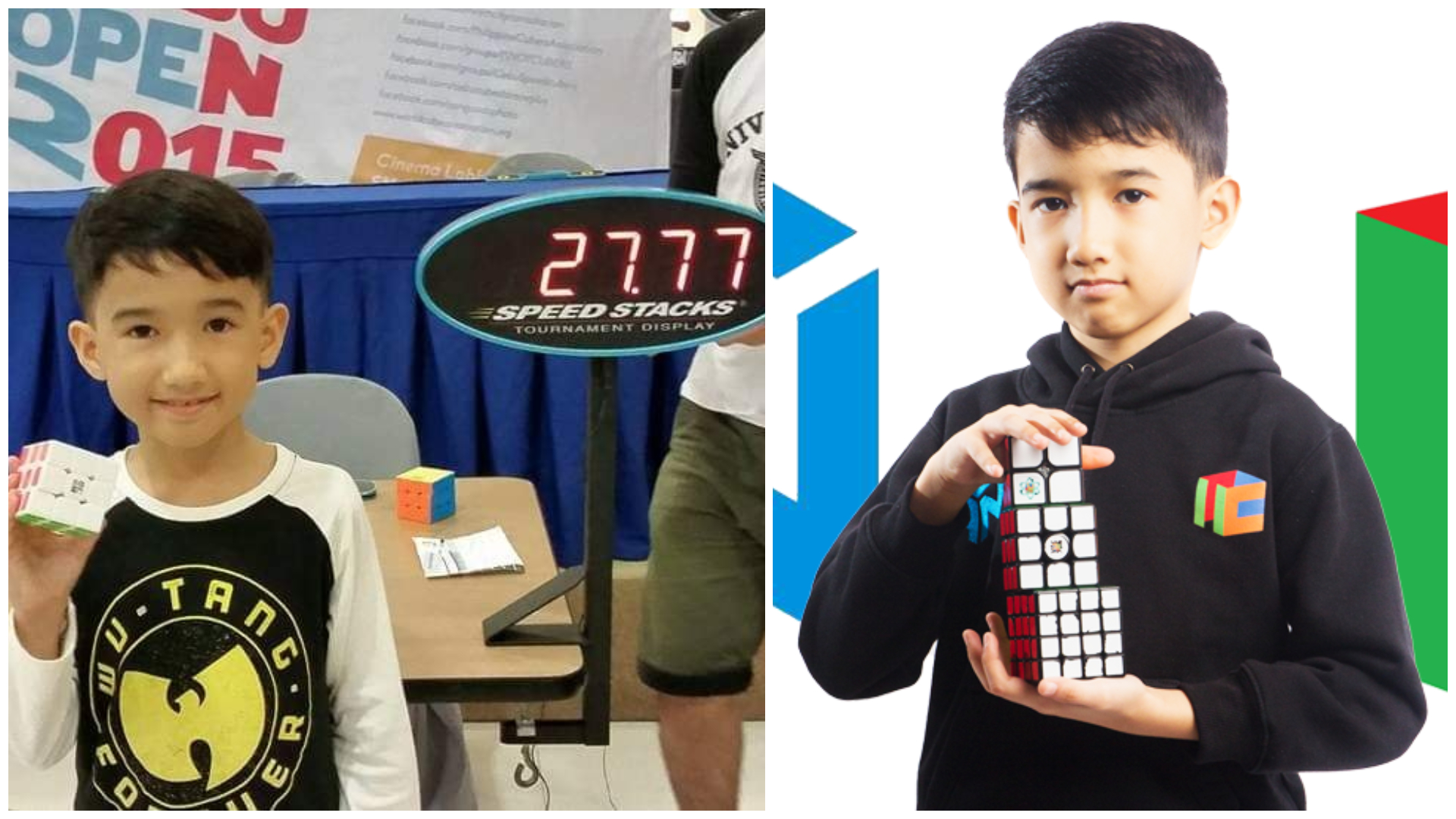 If you think you have already witnessed the best of Cebu, think again. There’s a Cebuano who is currently enjoying the limelight for bringing pride not only for Cebu, but for the entire country in the field of Rubik’s Cube solving.

He is so good in this craft that he can solve a Rubik’s cube puzzle before you can even finish reading this sentence.

He is Leo Borromeo, 10, who hails from Cebu and is the first Filipino to solve a Rubik’s cube in under six seconds in a competition in 2017. He continuously breaks records after defeating two older and top speedcubers – Tymon Kolasiński of Poland (the number one speedcuber in Europe) and Feliks Zemdegs (the current world’s greatest speedcuber) – in recent unofficial online speed cubing competitions.

He began cubing in the Cebu Open 2015. He finished 28th in the competition, didn’t going past the first round. Two years after, he paved his way to the top and won the Cebu Open 2017, sealing it with a 7.83 single and 9.47 average.

His unforgettable competition, he said, was the 2018 Asian Championship held in Taipei, Taiwan where he was runner-up and beat Zemdegs in a 3x3x3 event.

In 2019, he competed in World Championships in Melbourne, Australia. Based on his current records in World Cubing Association, his fastest solve was 5.12 seconds and his fastest average is 6.31 seconds.

HOW DID THE INTEREST START?

Too much on the plate for a 10-year old, right?

Leo thinks cubing is fun and he likes the competitive aspect of it. He said he developed his interest in the said game after he watched a video of Zemdegs doing it in December 2014. At the age of 7, he started to self-learn and applied the techniques and steps he learned online since no one in his family is into this mental game.

His mom thought he could get into cubing since he was decent at building stuff with Legos.

While it’s true that Leo has been so engrossed with Rubik’s cubing, he is still able to strike a good life-school-speedcubing balance.

He currently excels in his academics and in fact, is a math varsity at his school. Also, he considers football as his favorite sport and plays it whenever he can. The kid is also an avid fan of rock and metal bands like Red Hot Chili Peppers, Nirvana, Metallica and Pantera among others.

Three years from now, Leo said he hopes to still be cubing and to have a couple more records. He aims to improve his standings by joining official WCA competition after this pandemic end.

“I tried to do my assignments first. Whenever, I have a time to break, I practice. Because of school, about two hours,” he added.

Because of the current pandemic, the live and in-person events of the WCA have been put on hold. However, some cubing vloggers such as the “LazerOMonkey” organized events like the Monkey League, which are done online.

Speedcubing is an event or competition for persons who can competitively solve Rubik’s Cube, a 3D combination puzzle first invented in 1974.

For most of us, it only takes a genius to solve the cube in seconds. But Leo has a different take.

He doesn’t think intelligence plays a factor in speedcubing and that it is just a matter of constant practice. He further added that one can’t be a world-renowned speedcuber immediately as it is a process and that one needs to practice.

He also doesn’t think that a competitive mindset is necessary, but it definitely makes cubing more enjoyable – to challenge yourself against other cubers.

Cubing has also been the source of friendship for a lot of people including Leo. He confessed that most of the friends he has made from competitions are mostly Cebu speedcubers. There are also from Manila and some international top cubers like Tymon and Feliks.

At a young age, Leo Borromeo has already achieved a lot in the field of speedcubing and he certainly has a bright future ahead of him. Few years from now, we shouldn’t be surprised anymore if this kid is already rubbing elbows with the best of the best. He deserves the spotlight he’s on right now and he can prove it to us – in seconds.