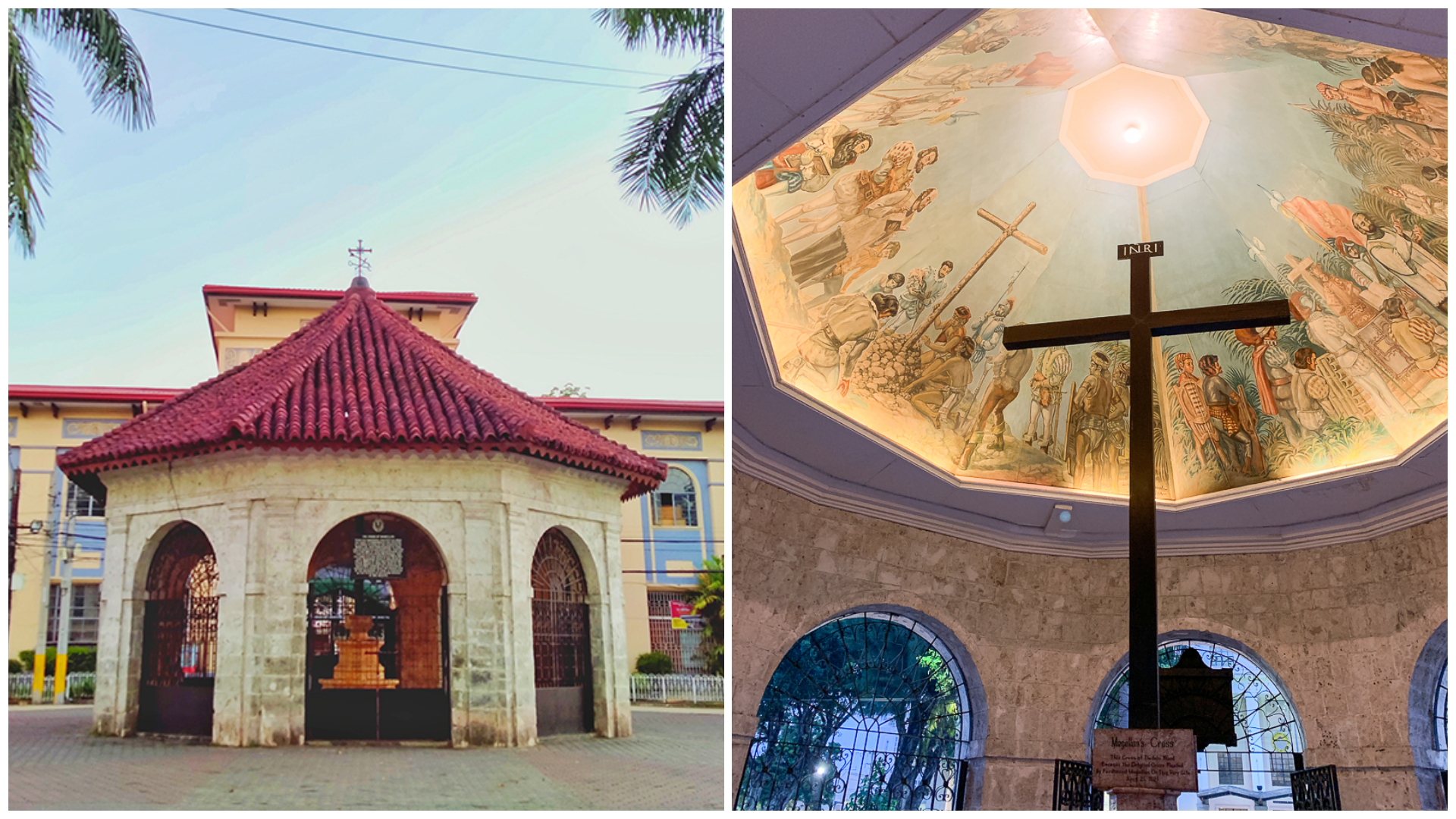 Magellan’s Cross: The Rich History and Why It Needs To Be Retold

As they say, you haven’t been to Cebu if you don’t have your photo taken at the Magellan’s Cross.

Considered as the most iconic landmark in the whole province of Cebu, the Magellan’s Cross located across Cebu City Hall is not just a popular tourist spot, but it is also of great religious and historical significance to Sugbuanons.

Ferdinand Magellan was the first European to step foot in the Philippines in the year 1521. He was a Portuguese sailor who worked for the King of Spain with the ultimate goal of finding the Spice Islands, currently known as Moluccas Islands in Indonesia.

Upon landing in the island of Cebu, Magellan’s fleet was welcomed and befriended by the island’s native chief, Rajah Humabon. Historical accounts tell us that Rajah Humabon, along with his wife, Reyna Juana, and many of their warriors accepted Christianity, and were the first Filipinos to be baptized as Christians.

Magellan Plants the Cross in Cebu

In order to celebrate the Roman Catholic faith’s propagation in the Philippines, Magellan planted a cross in Cebu. It was believed to have miraculous powers and therefore was constantly visited by the locals, some of them even chipping bits of the cross with the belief that it will heal them.

Due to this, the officials encased the original cross in tindalo wood for it to be secured. It was then placed in a small chapel (often referred to as “the kiosk”). From this point on, the historical accounts vary. Some people say that the original cross was left destroyed and no longer exists, and the one currently displayed in the chapel across Cebu City Hall is a mere replica of the original.

If you visit the Magellan’s Cross nowadays, you will see a mural in the ceiling of the chapel which narrates how the royal couple and 800 other natives were baptized into Christianity. You will also be offered candles by a several middle-aged women vendors wearing yellow tops and red skirts.

You can pay for a brief traditional dance to be performed by the vendor where she will be offering the candle and chanting a short prayer.

No matter what the reason for your visit, one fact remains:  The Magellan’s Cross is a big part of our history as Filipinos and deserves to be protected and preserved not only for tourists, but for future generations as well.

Exact location: Plaza Sugbo, Magallanes Street, Cebu City (in front of Cebu City Hall and across one of the entrances to the Basilica Minore del Santo Niño)

If you are coming in from the Mactan Cebu International Airport, the most convenient way is to ride a taxi or grab car going to the Magellan’s Cross. Fare is around P200-P300 and takes around 30-40 minutes depending on the traffic. But if you are from the Cebu City pier (which is quite near to Cebu City Hall), taxi fare will be around P70-P100 and travel time is around 5-10 minutes.