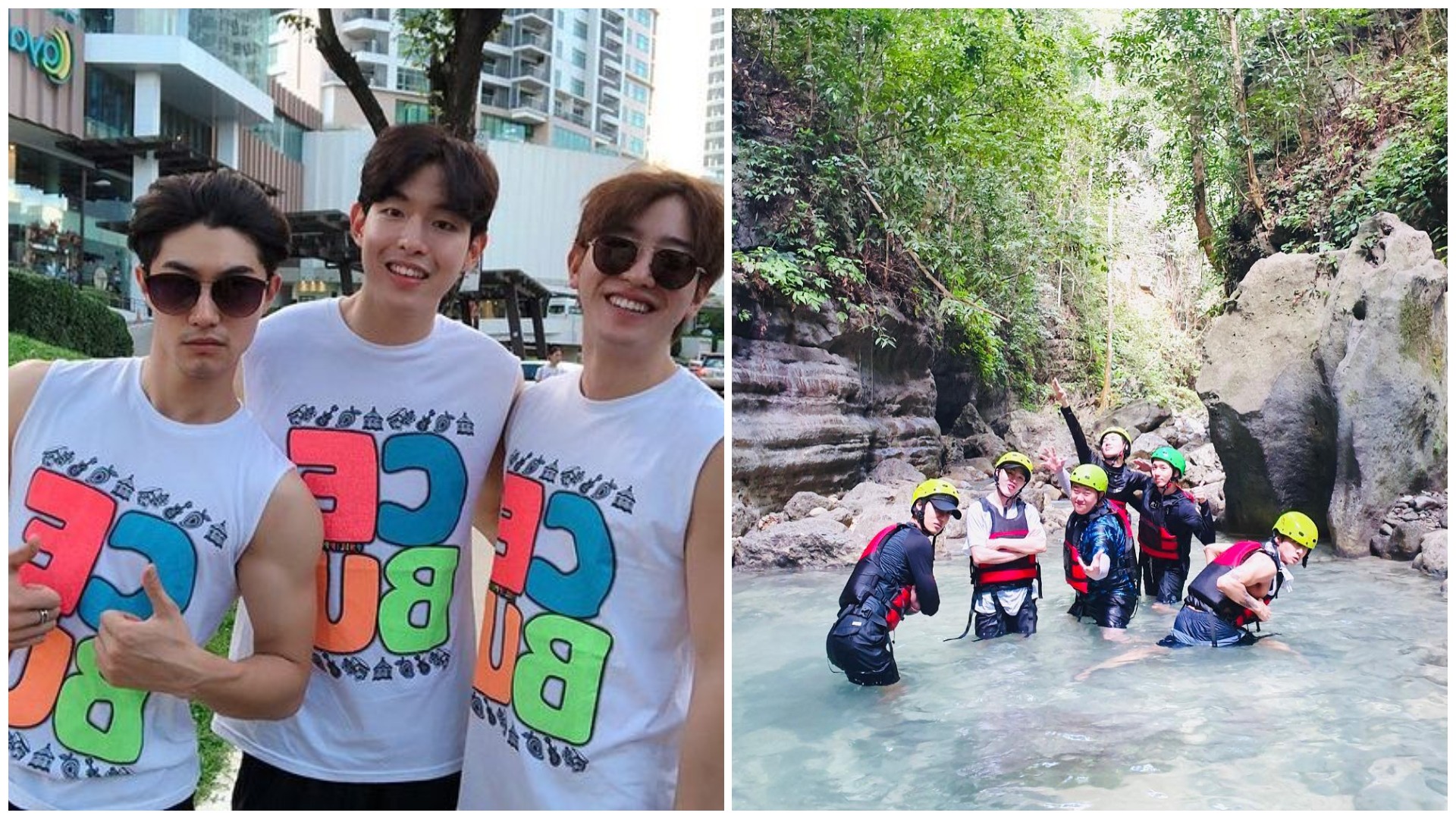 With the boom of K-Pop and K-Drama in the Philippines, South Korea seems like just a nearby neighbor now.

But did you know that your favorite oppas, noonas, and stans see Cebu as one of their go-to vacation spots in the Philippines?

Yes, Korean actors and singers have regularly visited our country for holidays. Some of the times we were made aware of their arrival but often we would just be surprised to see uploaded photos or statements and videos of them talking about how they enjoyed their trips.

With Cebu having almost every tourist attraction, you seek just a few minutes/hours away from each other, it’s no wonder they chose it. The island also has the best beaches, resorts, water activities, and nature adventures which is what Koreans tend to enjoy during their vacations.

We have here a list of Korean celebrities who have visited Cebu and what they did just to casually inform you on where to hangout after the pandemic to have that unexpected but totally planned meet with your idols.

Before starting his military service last June 2019, Park Hyungsik had a fan meeting at the Mall of Asia Arena and then proceeded to spent 3 days in Cebu for a holiday. He was known for his role in “Strong Woman Do Bong Soon”. He was here for 3 days as posted by Easy Dive Resort in Cebu. His 3 days full of activities like diving and open ocean swimming.

Hyungsik also uploaded photos of his diving adventure in his personal Instagram and even quoted one with “A place like heaven for me” in Korean.

In 2016, he was here in Cebu with some of his “Love in the Moonlight” castmates for a reward vacation to celebrate the success of their series which ranked first among Korean dramas in a list by the Korea Institute of Corporate Reputation.

He even posed together with Kwak Dong-Yeon where they sat on the edge of a boat in the sea. They enjoyed Cebu for five long days. Bo-Gum even mentioned that snorkeling in Cebu remains in his memory after years of his last visit.

He has been to the Philippines 5 times so it’s no wonder that he has explored Cebu as well.

We’ve known and loved him for his portrayal of Gu Jun Pyo in “Boys Over Flowers” and every drama he has been a part of since then.

He was in SM Seaside City Cebu wearing an “ANNYEONG Cebuanos,” orange T-shirt to promote Bench. According to him, he will never get tired of coming to the Philippines and that it’s his first time in Cebu and then wondered to himself why it took so long for him to make his way down here.

He might have took a short vacation after that or came back to Cebu as there are pictures of him lying on a boat and of diving beaches in Cebu.

These three and some of the cast of “My ID is Gangnam beauty” including Jo Woo-Ri, Min Do-Hee, Park Yoo-Na, Jung Seung-Hye, Kim Do-Yeon and Lee Tae-Sun came to cebu as a reward vacation to celebrate the success of their series. As it was a group vacation, they had fun at the beautiful beaches and resorts.

“It’s Okay to not be Okay” and “Vincenzo” star Kwak Dong-yeon have also visited Cebu twice, both as a celebratory vacation with his co-stars in “Love in the Moonlight” and here with “My ID is Gangnam Beauty”. Together with Kim Do-Yeon and Lee Tae-Sun, they took a stroll in Ayala Mall grounds wearing white shirts that says Cebu.

Two of the most recognizable names of kpop idols were in Cebu together. SHINee’s baby Taemin and Exo’s Kai came to Cebu with their famous group of Kpop friends called “The padding squad” in 2019.

The group is made up of Wanna One’s Ha Sungwoon, VIXX’s Ravi, SHINee’s Taemin EXO’s Kai, and HOTSHOT’s Timoteo.

They made the best of their trip by trying out all the marine activities and lounging about on the beach. They were seen going snorkeling, diving, cliff-diving and even canyoneering in Kawasan Falls.

Kai also explored the cultural side of Cebu by visiting Fort San Pedro, Magellans Cross, generally the area in Cebu port where he could have also seen a lot of historical churches as well.