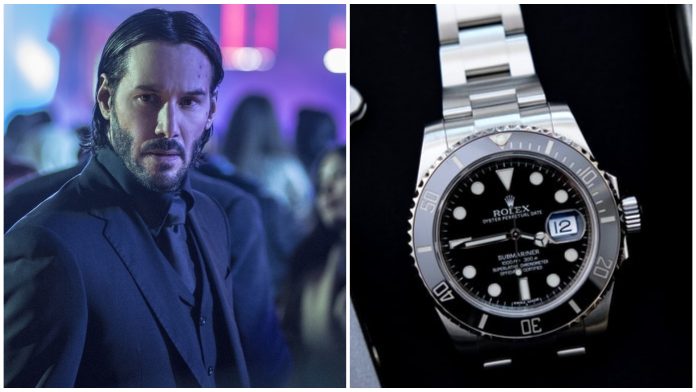 We all know how Keanu Reeves is a god-sent angel.

Stories of him being the most precious human being that ever walked in the earth have circulated on the Internet for the last several years including giving his seat to elder people on trains, his support on various charities and causes including cancer, and most notably, that time when he agreed to have his pay reduced from The Matrix so that a substantial portion would be given to the special effects and makeup crew.

And up to now, Keanu is still doing the good deed. Recently, Keanu Reeves reportedly gave members of his stunt team on “John Wick 4” brand new Rolex watches as his way of saying ‘thank you’ for making the movie a success. Photos on social media surfaced Reeves and his stunt members celebrating with their watches worn themselves.

For those who don’t know, John Wick 4 will be the fourth installment of the popular “John Wick” movie franchise which was kickstarted back in 2014. Reeves stars as John Wick, a retired assassin whose peace and quiet was disturbed when a couple of troublemakers stole his vintage car and killed his puppy, which was a last gift from his wife who succumbed to cancer. From there, Wick vows revenge and gets himself involved into the world of assassins once again.

Reeves himself dubbed the group as “The John Wick Five”, consisting of the four stuntmen that helped him in the movie and Keanu himself. Jeremy Marinas, Li Qiang, Bruce Lee Concepcion, and Dave Camarillo are the names of the lucky stuntmen who not only got to work with the amazing Hollywood figure but finished the film with brand new luxury watches.

As what can be seen on the posted photos, the watches gifted were Rolex Submariners. Reeves also had a personalized note engraved on the back of each. One of the stuntmen posted on his Instagram saying that the watch as the “best wrap gift ever”.

According to the Rolex website, the Rolex Submariner model costs around $8,100 but Rolex experts say that the rare watches can even go for much more.

It can also be recalled that in March 2019, a Los Angeles-bound plane that Reeves was on was forced to make an emergency landing and that may be enough cause to annoy most celebrities, Reeves was still kind enough to pose for photos with his fellow passengers.

How about you? What are your favorite movies and stories about Keanu Reeves?