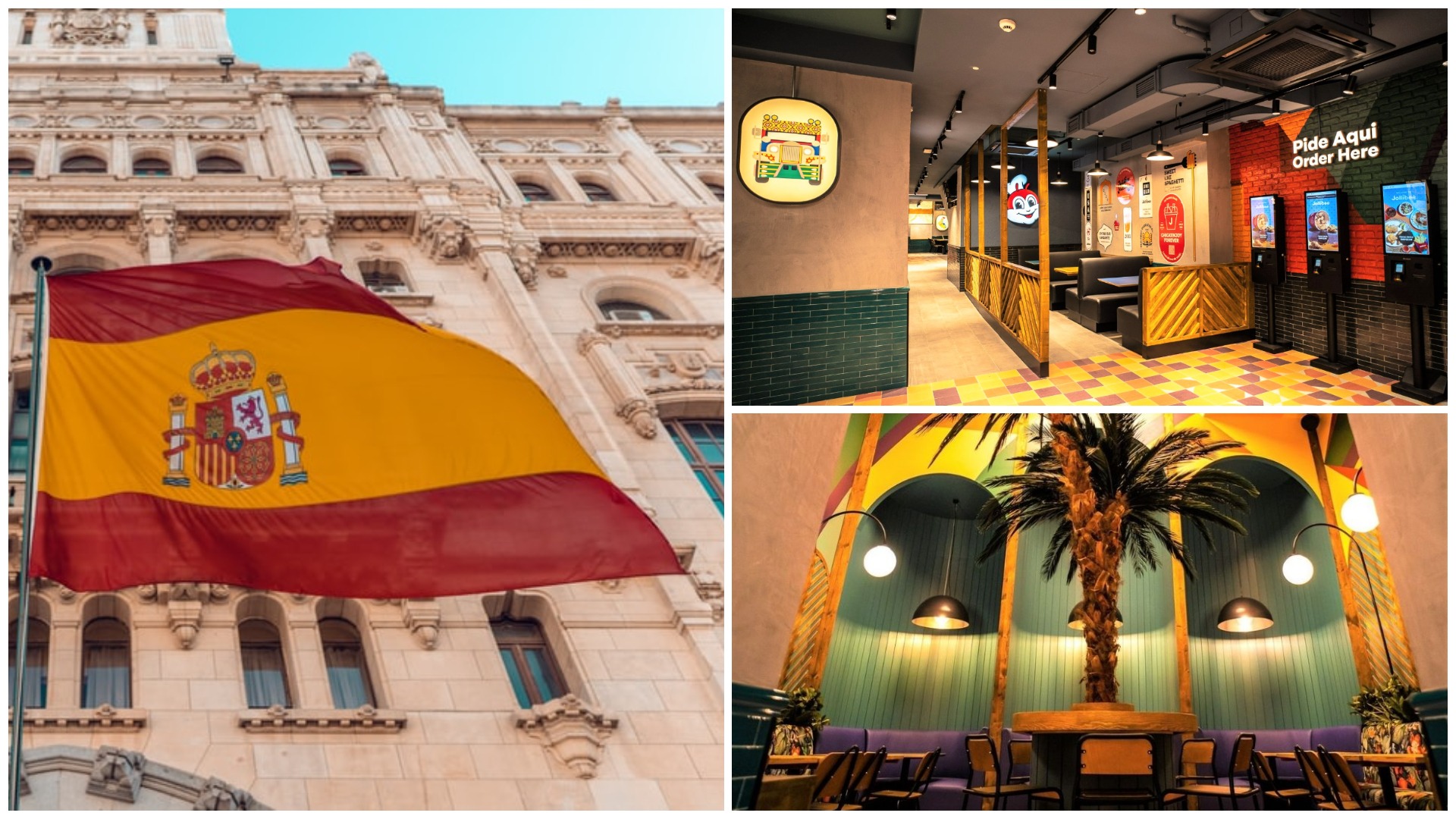 We have all loved the jolly bee growing up and even now. He’s a well-known figure here in the Philippines and in every Filipino’s heart.

Now, watching it spread its wings internationally and bringing the taste that is only Jollibee makes for an interesting thing to see as it tries to win the hearts of the locals around the world as well.

Jollibee has been redesigning its international branches to blend in and adapt to the locals in every area in the world and it might have designed its most aesthetic restaurant to date right there in Spain.

Located in the heart of Madrid in Puerto Del Sol square on the popular and historic Calle del Arenal, the branch will open on September 23 this year.  It can accommodate up to 180 guests along with its outdoor seating and features its digital kiosks as well.

It is a pretty grand scale for its first restaurant in Spain decked in bright, geometric and modern colors and design. It perfectly shows its island-theme from its high-ceiling dining hall, to seemingly tribal designed placemats up to its full-sized palm tree right at the center of the restaurant.

Paying homage to the Philippines, this beautiful restaurant is expected to be flocked with all the OFW’s in Spain and entice a few locals as well.

Jollibee Foods Corporation’s first restaurant in Spain is a part of its aggressive international expansion plan to open 50 stores in Europe in the next five years where they set aside a budget of €50 million (P2.9 billion).

It is sure a great way of reaching out to all Filipinos out there and introducing one of the Filipino taste to the world.