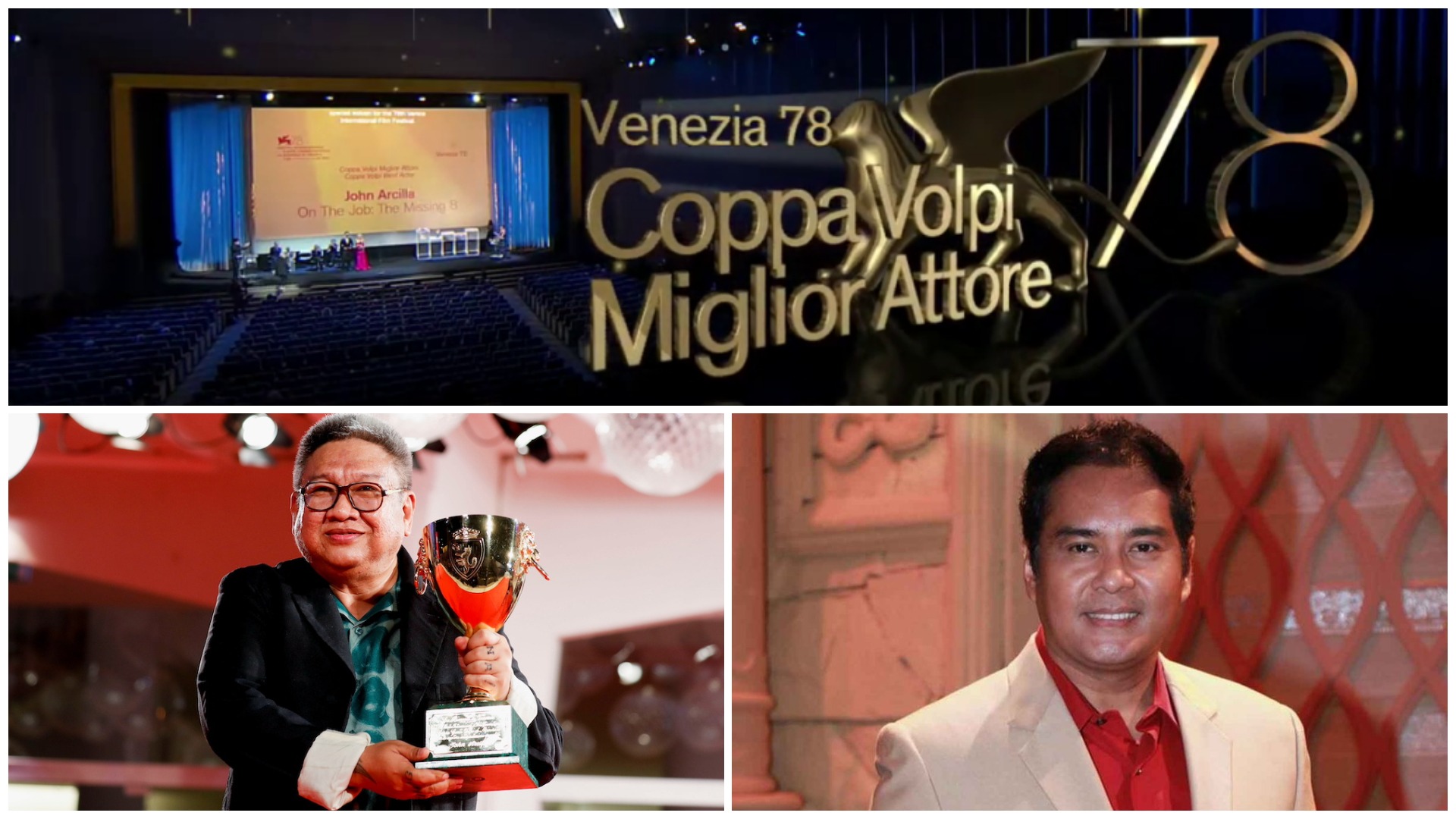 In a landmark win for the Philippine cinema, veteran Filipino actor John Arcilla recently won the coveted Volpi Cup for Best Actor Award at the 78th annual Venice International Film Festival for his performance in Erik Matti’s On The Job: The Missing 8 – a follow-up to the 2013 hit thriller.

With the festival taking place from September 1 to 11, with the film premiering on the 10th, Matti received the award on behalf of Arcilla, who was unable to attend the said ceremony due to the ongoing COVID-19 pandemic.

However, Arcilla was still able to give an acceptance speech through video during the ceremony where he said, “”If there is something that I really regret tonight, it is that I will not be able to kiss my Volpi Cup there in the middle of Venice and on that red carpet just like the other 77 great actors whom I admire who have already kissed their own.”

Previous winners of the prestigious award include Brad Pitt, Sean Penn, Javier Bardem and Willem Dafoe. Coincidentally, prior to his epic win, Arcilla himself posted photos in social media of the said actors with their cups, his way of manifesting that may the day come a Filipino would win too. And win the Coppa Volpa, he did.

Since the award’s inception in 1928, John Arcilla remains the only Filipino and the Southeast Asian to even win the award.

Directed by veteran Filipino director Erik Matti, On The Job: The Missing 8 tells the story of a corrupt journalist Sisoy Salas, played by John Arcilla, whose colleagues mysteriously disappear one by one. Forced to investigate the disappearances, Salas must battle his inner demons whether his personal interests would prevail or his dignity as a journalist.

Simultaneously, Roman Rubio, played by Dennis Trillo, an inmate that is routinely released from prison to carry out assassinations is finally sentenced to life in prison. Wanting to change his fate, he does all he could to escape his past and its consequences.

Notable Filipino actors including Christopher de Leon, Dante Rivero, Lotlot de Leon, Leo Martinez, Rayver Cruz and Andrea Brillantes also appear in this groundbreaking film. On The Job and On The Job: The Missing 8 are currently edited into a six-part mini-series on HBO Go with the first three episodes released on September 12, where succeeding episodes will be available every Sunday.