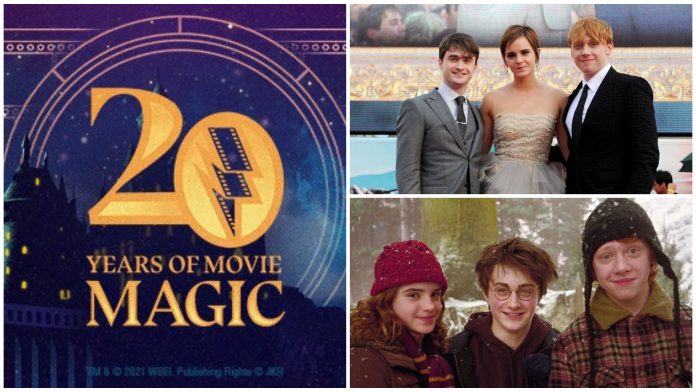 Where to Watch Harry Potter 20th Anniversary Special in the Philippines

It’s time to get back to the wizarding world my fellow Potterheads.

Can you believe that our all-time favorite magical series came out 20 years ago? The first Harry Potter movie came out in 2001 and our lives were never the same again.

To mark the occasion, Harry Potter 20th Anniversary: Return to Hogwarts Special will reunite our Harry, Hermione and Ron on January 1, 2022.

Emma Watson, Daniel Radcliffe, and Rupert Grint will take a trip down memory lane from the making of the film that started it all, Harry Potter and the Sorcerer’s Stone to the whole franchise experience. They will be joined by the filmmaker itself Chris Columbus and some other cast members.

Calm your hearts, for Filipino Potterheads will not be robbed as we can also catch the show via streaming platform HBO GO.

We will get to use the time-turner once again as this special will feature in-depth interviews, cast conversations, and for sure never-before-heard behind the scene stories which will feed our hearts full.

Other casts expected to make an appearance:

“This retrospective is a tribute to everyone whose lives were touched by this cultural phenomenon—from the talented cast and crew who poured their heart and soul into this extraordinary film franchise to the passionate fans who continue to keep the Wizarding World spirit alive 20 years later,” -Tom Ascheim, president of Warner Bros. Global Kids, Young Adults and Classics in Variety

Yes. It was not a ruse. There really is a four-part competition event, Harry Potter: Hogwarts Tournament of Houses that is a bracket-style quiz hosted by the one and only Helen Mirren just for us fans. The tournament will stream weekly every Monday starting November 29.

I think its time for our seasonal binge-watch of all eight Harry Potter movies in preparation for the special.