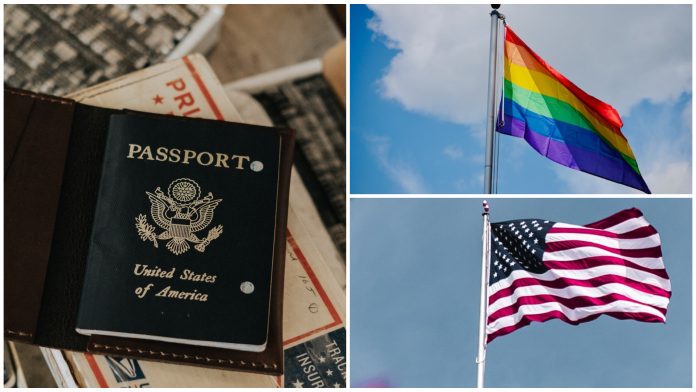 Gender “X” Designation now being issued in US Passports

Good news for the citizens of the United States as the country is the first one to allow the gender designation of “X” – making it another progressive milestone for the land of milk and honey.

As a legal recognition for people who don’t identify as either male or female, the US State Department announced to make the gender “X” option routinely available for non-binary, intersex, and non-gender conforming persons applying for a US passport by early 2022.

“I want to reiterate, on the occasion of this passport issuance, the Department of State’s commitment to promoting the freedom, dignity, and equality of all people – including LGBTQI+ persons,” Ned Price, a spokesperson for the State Department, said in a statement.

It can be recalled that President Joe Biden himself had the LGBTQIA community in mind when he campaigned, and one of his promises specifically included that “every transgender or non-binary person should have the option of changing their gender marker to ‘M,’ ‘F,’ or ‘X’ on government identifications, passports, and other documentation.”

Back in 2015, it can also be recalled when Dana Zzym launched a legal battle against the State Department for refusing to issue a passport that acknowledged they were intersex. It was revealed that Zzym was born with ambiguous sex characteristics, meaning Zzym was born with both features of a male and female genitalia. Zzym’s parents, however, decided to raise him as a boy where eventually they became a Navy sailor.

Later in life, Zzym realized that they were intersex. Thus, the argument Zzym had was correct according to the constitution and the state was at the wrong as they refused to issue a passport that accurately reflects their gender.

“I’ve been at this fight for so long. I am optimistic that… I will soon receive an accurate passport. One that reflects who I truly am; and that will allow for me to present in person at the several international conferences to which I’ve been invited to present on issues confronting intersex people.” Zzym said in an interview.

Although this may be a progressive step for the United States, the country, however, is not the first to push through this. Bangladesh, India, the Netherlands, Denmark, Canada, Australia, and New Zealand have already included the non-binary option on passport applications.

Would you like to have the non-binary option in passports here in the Philippines?