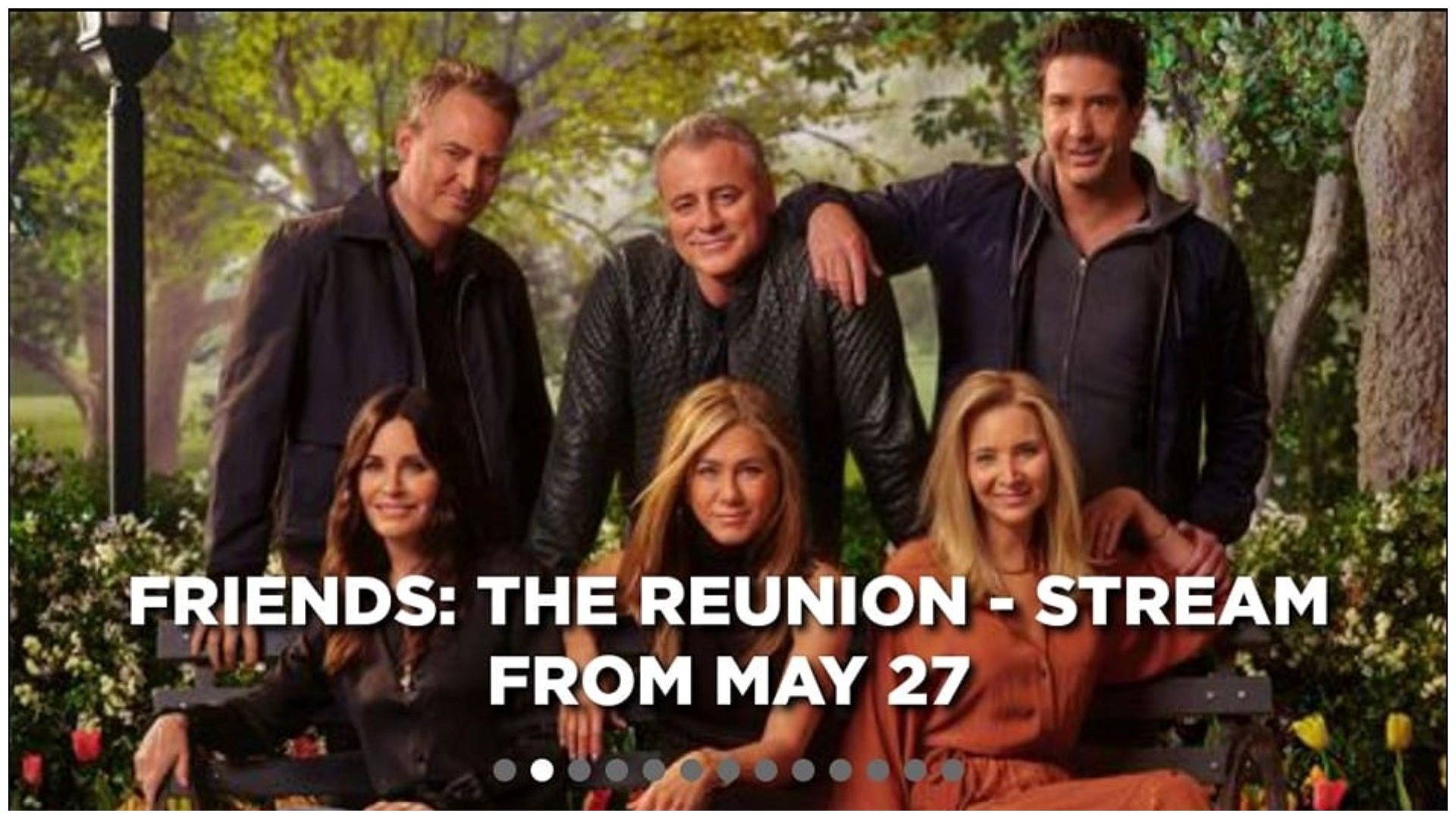 Where to watch ‘Friends: The Reunion’ in the Philippines

Can we get any more excited?

The reunion of all reunions is finally here and it is all that we expected and more.

Filipino fans of the sitcom don’t even have to worry on where or how they could watch it for Friends: The reunion special can be streamed legally in the PH on HBO Go at the same time as the U.S. on Thursday, May 27 at 3:01 p.m. Another option is to watch it on TV when it airs on HBO at 9 p.m. on the same day.

What makes this reunion special is that it is not just a continuation of the sitcom last aired 17 years ago but a whole unscripted variety show/sit-down that will let you laugh and warm your heart.

The Original Central Perk gang – Jennifer Aniston, Courteney Cox, Lisa Kudrow, Matt LeBlanc, Matthew Perry, and David Schwimmer will be back to their old home on the original Friends studio, Stage 24, on the Warner Bros. Studio lot in Burbank.

According to the trailers, the very famous trivia game of the show in the episode “The one with the embryos” will be reenacted but this time testing their trivia knowledge of the show for example: How many pages was Rachel’s letter to Ross?

They will also be revisiting key sets, re-reading their lines like our all time-favorite “My eyes! My Eyes!” by P as in Phoebe, H as in Hebe, O as in Obe, E as in Ebe, B as in Bebe and E as in “Ello there, mate!”.

The sit-down interview will be with James Corden in front of a live audience where the decade-long debate for “were they on a break” is finally brought to the table for the gang. Ready those tissues too because it will be emotional.

Also watch out for this list of stars celebrating with the Friends cast:

For advertising inquiries, kindly directly email Sugbo.ph at [email protected].
Previous article
Shang-Chi & The Legend of the Ten Rings: What to Know About This Upcoming MCU Movie
Next article
Cebu logs 64 new cases on May 27