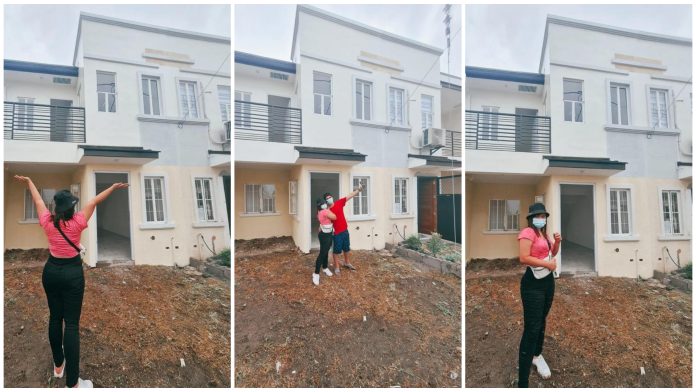 Fairies do not just exist in fairytales. Celyn Ramos is a living testament to how fairi godfathers could actually save your dream.

Just as she was about to give up on her lifelong dream of owning her dream house, a friend came to fulfill it. After countless rejected and denied bank loans, who would have thought that a single person could just give her what she has always dreamt of? No one.

Celyn got her last house last year RFO. She has paid for the downpayment and everything was going on smoothly, until the turn-over. She has to apply for a bank loan because they don’t offer Pag-Ibig loan for the unit. However, what she thought to have been a walk in the park was the exact opposite as she has been turned down because she is still paying for her car.

Of all the banks that she has applied for, she was either rejected or the approved amount was not enough. Applying for a housing loan was not her option either since it has a high interest rate. Giving up was her only options after a few months of stress.

True enough, she did.

But on her wedding day, their friend asked them about the status of their house and she told their story.

Their friend got drunk. They meant, really drunk, and words of hope were spit by him: “Give me (a) few days and I will give you a cheque worth the price of the house so you can pay in cash.”

Because he was drunk, they just laughed at the idea and shrugged it off. Of course, no one believed him.

But after a few days, they met again and he handed them their cheque to pay their house in full. This was not for free though, of course, but it has the lowest interest rate of (1%).

Who would have thought that after months of giving up, a person whom you would least expect it would actually make you change your heart and help you fulfill your dreams. Here they are now, in their own home.

“Thanks to our Guardian Angel, our fairy Godfather, our friend.”